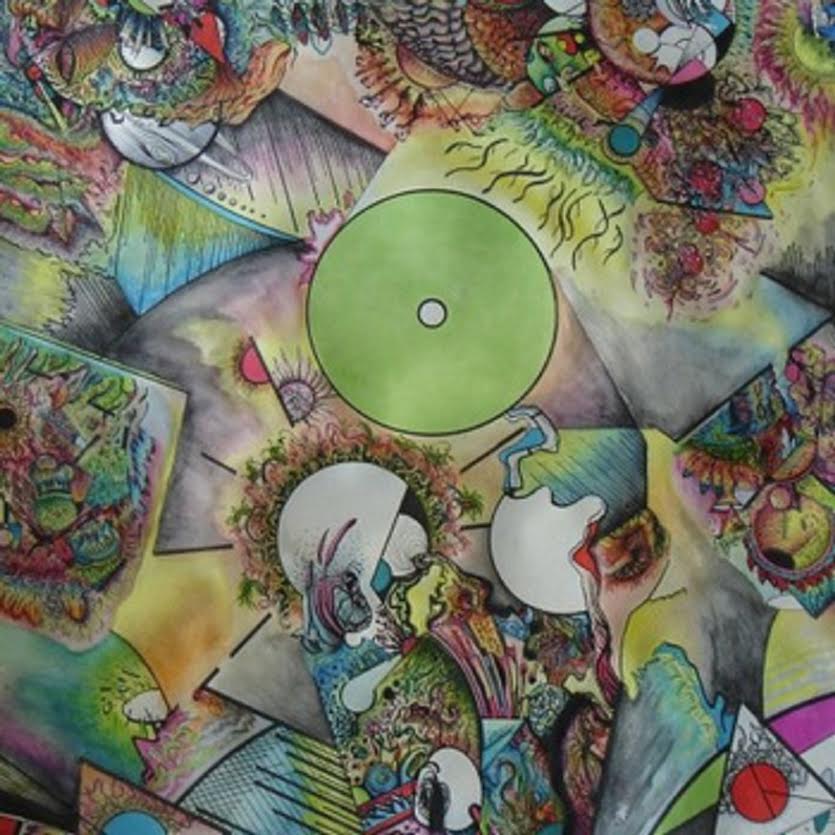 There are notes amid the noise. It takes you about 75 seconds, maybe 100, of submersion into the thrumming, nearly pulverizing pulsations of “Frost’s Howl,” before your ears acquaint themselves with the subtle shifts in tone, rising and dipping amid the droning elements, a blend of analog synths, guitars and pedals that distort into a dazzling delirium. It becomes meditative…There’s a chilliness to the drone, something celestial, not ominous and not aggressive, it’s like the northern lights billowing above you – represented in strange sounds.

But just as you finding your own rhythm breathing to match these sustained notes, achieving that certain meditation attainable inside certain compositions in the aesthetic ambient, atmospheric, noise-experimentation, just as you’ve found your footing, percussion punches in, the synths screech in reaction and a new character, a distinctive guitar, enters, sounding like a Neptunian choir belting some sacred song of spacekind. It only gets more layered, more cacophonous, more cathartic, more intriguing…from there, stitching together an 8-minute long patchwork of elegant tumult.

I could go into the impressive arrangement of playfully tumbling congas, militaristic marching drums and lumbering, if still majestic sounding rise of brass building together for “Through The Canopy.” But Storm Ross’ album shouldn’t be broken down, song by song – even if that may be the best way for listeners uninitiated into “experimental” side of the music galaxy to navigate their way through – it’s like a full night’s worth of transient dreams or a summit of dreamlike sounds crashing together like a liquidy Venn Diagram of moods and modes uncannily finding a harmony (or, quite often, a dissonance). But that’s central to Ross’ chosen aesthetic, sounds akin to the most doomy/gloomy Sonic Youth or the most fucked-up trips of Fuck Buttons or even more post-Prog/post-Industrial proclivities of locals like Wolf Eyes, the grandeur of the grating dissonance. It’s almost organic, despite how chilly and synthetic the musical instruments sound; it grabs your ear like the angry sounding winds of an oncoming summer storm or holds your attention the way an uprooted oak tree might, its innards splayed out at 45 degrees to the open air, happened upon in the middle of a forest already clamorous with chirping, buzzing, croaking creatures.

And then you notice your own breathing. That’s the weird and wonderful aspect of this type of music. And I hate to sound hyperbolic, but when you’re detached from verses, choruses, hooks and melodies, your awareness is heightened as you begin to listen intensely until you start to lull into that meditative state I’d mentioned earlier. Or maybe I’m crazy. Maybe Storm Ross’ album drove me crazy. But aren’t you curious now, too?

Local showgoers will know/recognize Ross as the guitarist from Arbor/Ypsi based rock outfit Skeleton Birds. The Green Realm, Ross’ solo album, will be performed in its entirety at The Yellow Barn on Friday June 13th. Ross indicated that this show is a rare instance where his solo material will be performed with a full backing band called The Pandemonium Choir.