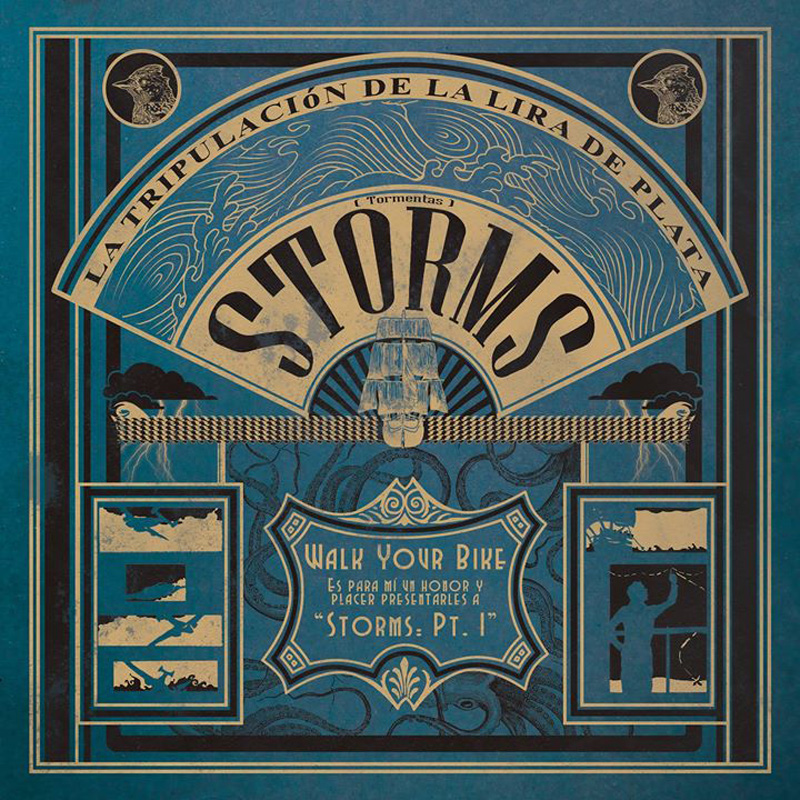 The eclectic rock ensemble Walk Your Bike is back. It’s been nearly five years between album releases, but the Ypsilanti group’s fourth album, Storms, comes out April 30.

One listen back to 2010’s The Skylark Fleet: Sweddle Project, and it’s easy to see how and why it would take a little longer to piece together a worthy follow-up.

Elements of hard-rock, baroque-whimsy, blue-eyed soul, and shuffling chamber-pop pirouette around upon the stage of this songcycle. Complete with interludes, hauntingly modulated skits debating Han Solo’s morality and psychedelicized cartoon imagery of zombies marauding in a Nascar race with a flame-engulfed tiger. What? There are also atmospheric touches of distortion and old-timey radio fuzz placed upon the vocals. And the tinny quality to the piano cascades over the mystic reverberations to the guitar and vox.

Walk Your Bike goes an extra couple of miles beyond the typical indie-rock scheme and into something more theatrical. Storms, for starters, presents us a narrative inspired by the stories of Edgar Allen Poe and Jules Verne. Who knows what they have in store…