There’s no need for genius to go unappreciated. There’s a way to avoid someone being “ahead of their time.” The opportunity to appreciate artists IN their time, in the here and now, can be utilized with an amount of curiosity and follow-through–that is, to follow, or encounter, or discover, if you will, the local arts scene.

Threads wants to help facilitate that follow-through; that discovery. Art will invigoratingly swarm Ypsilanti’s Historic Freighthouse the next coming weekend (March 10-11). This grassroots effort to create a hybrid of festival-rally for local artists of all mediums from around SE Michigan began three years ago, spearheaded by Nicole Patrick and a group of friends/artists, who were inspired to manifest something beyond showcasing local art, but to underline how it is interwoven into the fabric of enriching the greater metro area community. It is about community, as much as it is about the arts. 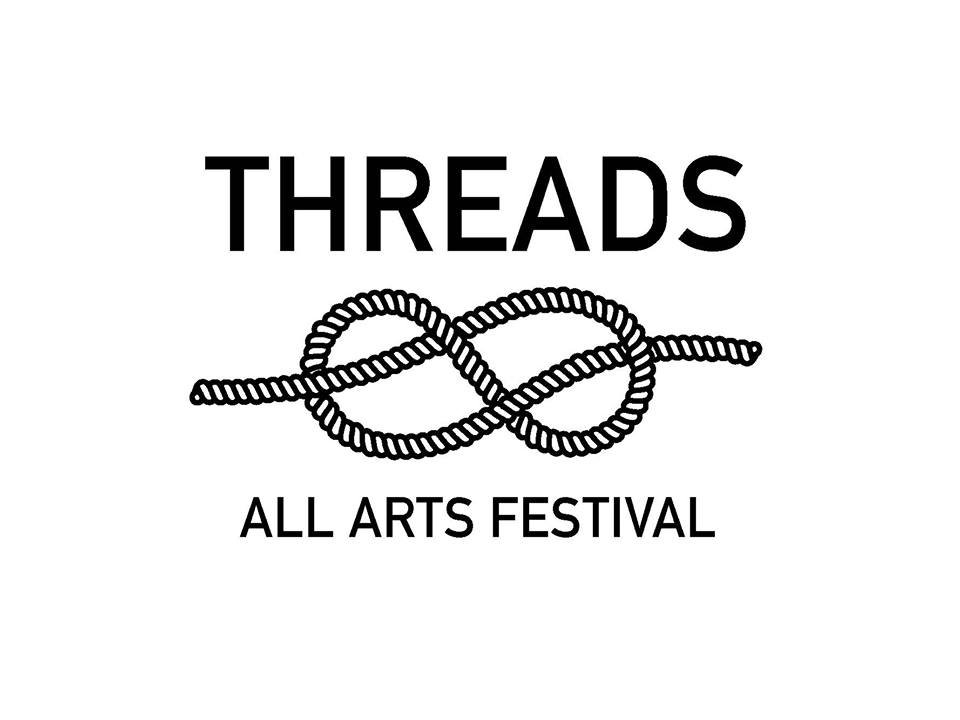 The inaugural Threads All Arts Festival was held in Ann Arbor. Efforts began in early 2017 to host its next installment at the Ann Arbor Distilling Company, but a municipal roadblock forced them to regroup and select a new spot. We’re excited to see Threads activate the distinctive Freighthouse as its next host space, and we spoke with Patrick, along with co-director Meri Bobber, about year # 2.

“The first time the festival was involved with Ypsi’s community was back during the first few months of our existence, in 2015,” said Patrick. “(That’s) when we opened up a call for artists for the first iteration of the festival (in 2016.)” The Yellow Barn in Ann Arbor was the host that year, and their intention on showcasing “local” talent initially narrowed to just Ann Arbor artists.  At that time, we knew our festival was going to be happening at the Yellow Barn in Ann Arbor. We knew it was a festival showcasing “local” talent, which for us at that time meant, only curate Ann Arbor artists.

But Patrick said that she and Threads co-organizers appreciated that submissions coming from non-A2-artists still emphasized that they performed in Ann Arbor, or showed-work, had connections to the city and its art scene. This communicated “the inter-connectedness of the artistic communities in this region,” said Patrick.

This led to a hyper-germination of Threads’ seeding collaboratively into the Ypsilanti arts scene. Bobber said that it they “got in touch with so many amazing (Ypsi) arts organizations and artists,” after they decided upon the Freighthouse as their next venue. “Talks began with Riverside Arts, Music and Arts Guild, AMP!, business owners of restaurants around town, board members of various organizations, after school programs, school teachers, educators, local farms. Ypsi artists and Ypsi residents have all had an incredible impact on the creation of this year’s festival.”

Patrick and Bobber link Threads beginnings back to a few years ago when they, as well as the eventual members of their core group of organizers, began noticing festivals around the world that “seemed to be bringing something new to the game,” said Patrick. “We were intrigued by these innovative curations of people gathering.”

Patrick graduated from U-M’s School of Music, Theatre & Dance in 2016. The school’s EXCEL department had a new entrepreneurial program that was taking submissions for student projects that  needed funding. “(Patrick) was taking lessons from Michael Gould at the time, one of the drum teachers at the school,” said Bobber. “She told him that her band was applying for a grant, and he told her to apply with as many ideas as she could think of!” That’s when she came home to her house of friends who were talking about festivals “and they put the two together.”

That $10,000 grant allowed them to gather and connect 120 artists from around SE Michigan, from, as stated, “all mediums.” But it will also considerably feature the medium of music, like the Ali Bey Quartet, Estar Cohen (streaming below), Sonny Dulphi (streaming below), Lauren Iverson, SoulGalaxyGirl, The Stellars, and Gould, along with many more. There will be two stages so that musical performances will segue without any breaks between.

Asked what first-time attendees can anticipate, Patrick replied: “Anticipate….art claustrophobia….! ….Just kidding! Maybe just art overload! These acts are purposefully chosen and being organized in a way that should strike and entice the viewer,” she said, with an emphasis of achieving a notably diverse lineup.

Everyone’s been at a show where people just haven’t started dancing yet, or really getting into it at all. “But then once it happens… it’s like a collective silent agreement from everyone’s conscious in the room saying “…okay, time to boooooogie!!” You can anticipate that as well, Patrick and Bobber agreed.

“So there will be pieces that hopefully silence the entire room, and then the next act might get on stage and hit the audience from a totally different angle,” said Patrick. “And that’s what I’m looking forward to,” said Bobber, “…experiencing those shifts with everyone around us.”

Threads is still new, still developing, still growing, still learning. “What we want to achieve and reach with it changes a little bit every few days,” said Patrick. “But its the history of our motivation for this work that summaries (Threads) purpose.”

“As locally active artists and audience members ourselves, we love how often we can find a profound show that changes the lives in the room,” said Bobber. But sometimes the number of lives able to be changed is scarce. The attendance levels might be scant, sadly. “And we grew exhausted and discouraged by that low number being the standard over, and over, and over again.”

Threads grew out of a conversation about whether or not there was a solution to this problem. “Our attempt at that solution, Threads, was created in response to those frustrations we felt,” said Patrick. “And also heavily shaped by the ongoing conversations happening around us about ways to find new solutions…”

During these conversations, the Threads collective heard artists expressing wishes to feel more welcomed at gigs, or confessing dreams of more attentive audiences, a better payoff from promotion, or aspirations to reach an even more diverse population of the community-as-potential-audience-members.

“Most of all,” said Patrick, “it seemed there was a hunger for an engaged artistic community at large.” Threads is a concentrated effort to see whether or not more ideal circumstances for artists, namely a greater exposure to audiences, can be attained.

And as they grow, plan and strategize, they continue to ask 360-degree questions that contemplate the experience of local art, ever-arcing closer to a more fruitful conversation over how to strengthen support, or perhaps more so–enthusiasm–for local arts and music.

“How could we ever say thank-you, enough (to the Ypsi Community)?” Bobber said. “We could never thank enough all the Ypsi artists that have trusted us enough to produce their work, to promote their work, and who have voiced reactions, concerns, excitement (about Threads). We continue to learn so much from each and every one of you!”

So it’s about community. But also, Threads, most of all, is about a conversation. “We really want to talk with you, and hear from you,” said Patrick.