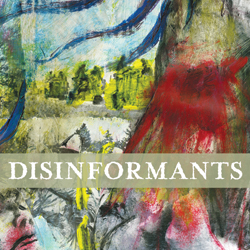 I’m not a music critic. I don’t intend to be. So many of them don’t know what they’re talking about, yet provide assessments with purported authority.
Now, I’m also not a music ‘writer’ because that invites stereotypes as well, some deluded artsy-wordsmith with a chip on his shoulder, like Lester Bangs perceived to be shrouding his jealousy of a rocker’s stardom (itself, perceived to be undeserved,) aspiring to “play live-typewriter” on stage and bask equally in glorifying guitarists.

I’m not a columnist either, hopefully not, because they, sometimes, can seem like they know the answer to the question posed in their essays’ intro: What role does music writing play in 2013? What’s the point? You tell me.

Music Writing is a treacherous exchange: you—accepting the word of supposedly savvy scribes. The power of shaping musical taste corrupts absolutely. Away from the page, though, scribes are deluded into believing their winding-of-THE-WORD is equal in artistic value to the “piece” or artiste they are dissecting.

Music writing, particularly in our blog-age, smacks of legalized libel, eloquently lobbing potshots at pop stars. But now we’re in a world where there are no pop stars, at least not like an Elvis, Madonna or even a Cobain. We follow our own culture gods, there are so many separate sects of musical worship – you could be into eastern-euro psyche-rock revivalism while another listener enjoys afrobeat-hybrids of techno-rap from Japan – the computer –  twitter – the new chaos of listenership – has torn all worship-systems asunder.

And why waste my time following 2013’s ostensible national “pop” stars when I’m already contentedly pleased by and deeply devoted to LOCAL groups of musicians; so many around here are regularly reinventing all the tired ideas we’d had, heretofore of what’s possible in the forms of “pop” or “rock-and-roll” music. You can find the national “pop” stars, on your own.

In modern listenership, your own Influences or your current-fav’s define the personal niche you’ve fallen into via online realms, i.e. social networks or streaming services. At least, it seems so… Remember, I’m not a “columnist” contending to have an “answer,” but now, with this share-happy generation, the listener does not come to the music critic, but we come to them…via re-tweets, or mobile-“recommends” …

But music writing, however remarkable or useful, is shared…now. And the authority, then, is vested in your friends. Your friend digitally approved of this on the internet, maybe, then, you should check it out too and subsequently consider the art, the band, the album that’s being written about.
But if not from me, you’re streaming all the stuff you already know you want to hear anyway, so who are we to tell you what is good?…Spotify, RDIO, Rhapsody… Youtube-it, man. Rip it. Leak it. Hear it. You already found it, who needs a music writer?

So, I still don’t have an “answer.” I do know that too much of  this “treacherous” enterprise of writing about music has become superficial. Useless lists, fleeting features of transient bands… It’s tricky as ever to keep up these days. So, be wary, then, that ……what we’re writing matters!
Be wary as we worship this fickle fad known as Rock. And remember that there are Disinformants among us! Like, say, Ypsi’s wiry, indie, post-hardcore warblers The Disinformants – who release their debut EP March 22nd at Woodruffs. They’ll be joined by contemporaries in the experimental rock format regularly reeling through our local scene, like Congress, Nice Hooves and Detroit’s Golden Torso.