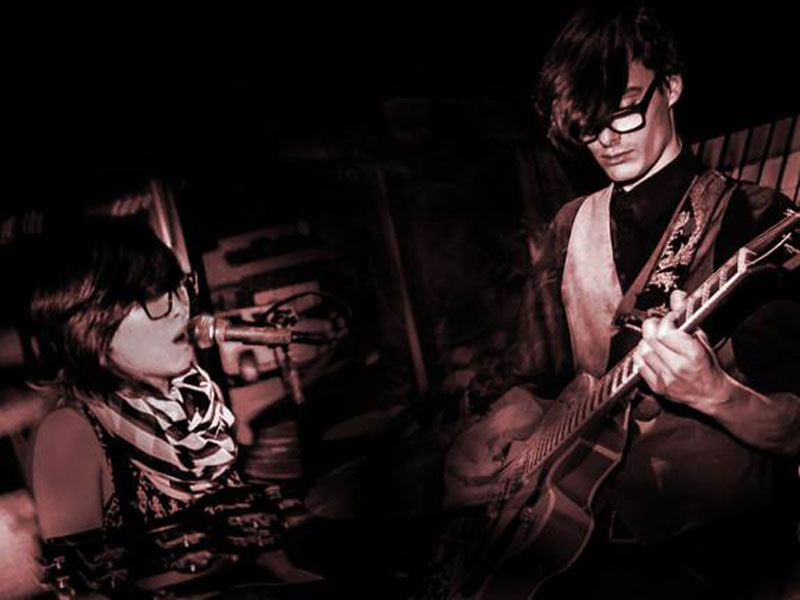 I could’ve caught Ypsi-duo JUNGLEFOWL two weeks ago during the Hamtramck Music Festival. There were more than one hundred bands to see in less than 48 hours, so I suppose I could give myself a break.

Regardless, check out the frenetic, fired-up single that they released earlier this month. Scintillating psyche-blues with pummeling garage-rocked drum slams, shifting tempos from a strutting pop-hook in its opening verses to a Sleater-Kinney-esque yowled-out, wall-punching chorus.

As the lyrics suggest, the duo of Melissa Coppola on drums and Stefan Carr on guitar/bass, are certainly showing their teeth on this track, with the electrified-urgency implied when “…the show’s about to go, now!”

Meanwhile, over in Detroit…

Ann Arbor folk favorites The Crane Wives will perform at the Huma Room (inside the Hop Cat Detroit brewery). The Grand Rapids-based indie-folk quartet recently returned to the studio to begin work on their third album. The Crane Wives take roots and traditional folk styles and blend in snappier rhythms from upright bass and a minimalist drum kit, supplementing sublime harmonies between two front women sharing guitars of different acoustic models (and sometimes electric), stirring in some baroque and pop-rock vibes.