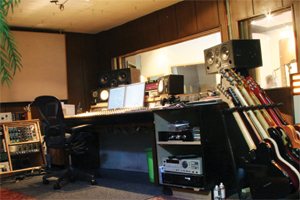 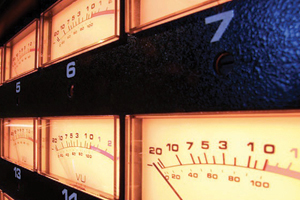 Geoff Michael is chief engineer at Big Sky Recordings, a spot he’s been operating for more than twelve years, helping churn out numerous noteworthy albums from clientele that includes globetrotting locals like the dance/rock-squads The Electric Six, to Michigan’s favorite indie-folk sons the Great Lakes Myth Society, to out of towners like eclectic southern-rockers the Spaceheaters and, more recently, A2’s up-and-coming indie-rockers The Finer Things.

This writer was hovering near the latest studio sessions of Detroit-based throwback-pop-rockers The Hounds Below, utilizing Michael’s impressively equipped space (two dozen different microphones just for starters, not to mention a Glockenspiel and a bookcase full of pedals). Jason Stollsteimer’s “dark-soul” brewing band recorded their forthcoming full length album there last month. 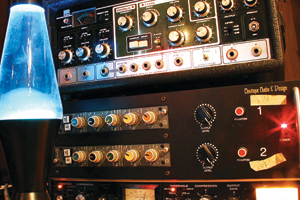 “…we recorded at Big Sky…” often comes at the end of many of my local music interviews. Geoff Michael’s name is mentioned just about as much, held in high regard throughout the local music community – so I thought it was time I picked his brain.

And the first thing he does is mention someone else: Chris DuRoss, Big Sky’s other main engineer and pointman for mixing live sessions of Michigan Radio’s Acoustic Café program. He also handles most rock-band clients.

He vocalizes his worry that discussing, in detail, the heated audio-engineering debate over the benefits of digital recording vs. analog-tape could be hideously boring for any regular ol’ music listener, but consider this… 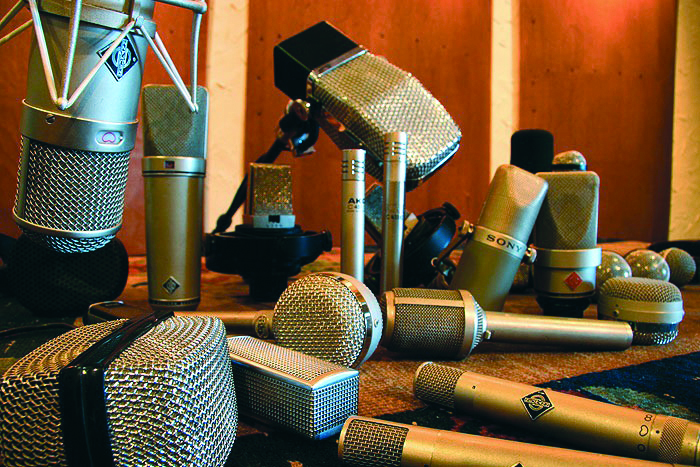 apparatus) Michael reveres that “band feel…” added by tape recording. “There’s more emphasis on the band playing the-whole-song-live, as opposed to knowing when you’re recording with a computer that you can fix something later. Tape recording brings pressure and for some bands it’s good to have that…”

Which can apply particularly to bands playing rock n roll music, a much more rampant, spilled-out bunch than jazz/symphony/folk players; if punky-metal-screamers and shambling indie rockers want something sounding good, Michael said, then it’s best for them to treat the recording as a live performance.

And maybe that sounds old school.

Well, Michael is old school – “Yeah, I guess you would call (it) classic rock, now,” he says, chuckling, referring to the first few bands he played in through the late 70s and early 80s. Michael started Big Sky back at the dawn of the millennium, but through the 90s, he recorded at Pearl Sound in Canton, started with fellow engineer Ben Gross. The process of sound engineering was self-taught, learning his way by working sound for Brownsville Station and a stint with Florida rockers Blackfoot through 78-79.

He got his first degree in computer science (U-M), but since he was already quite the musichead, sound engineering seemed like an appropriate enterprise.

“We feel really lucky that we’re still so busy in this economy,” Michael said, noting that sustaining a living through music can be inherently chancy and capricious. “It’s amazing the whole scene is going so well. Sure there’s a little competitiveness between other studios but I’m pretty good friends with and have worked with many…I even just gave Jim Roll (Backseat Studios) a huge reverb tank.” An audio engineer’s olive branch.

The most important thing Michael learned: “Anything good for one artist, one success is good for everybody, the whole team, if it’s Chris Bathgate or Tim Patalan…” Or Tim Monger, or the Hounds Below, we’re all in it together.