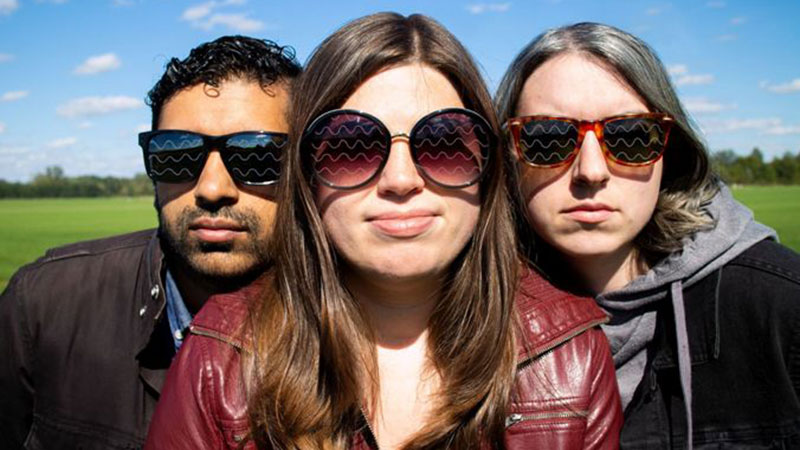 The beautiful thing about the kinds of songs that Tanager make are how layered they are… These are guitars that envelop you, drums that pull you, melodic phrases that levitate you (and no, I’m not on drugs as I write this)… Those ethereal traits have always distinguished a Tanager song, a hybrid of coarse distortion and cushiony textures, a forge of fuzzed-out shoegaze and lithe dream-pop brought to life by singer/guitarist Elly Daftuar, drummer Mary Fraser, and guitarist/producer Rishi Daftuar.

“I’ve waited for you a long time…”

So goes the chorus of “Tiny Galaxies,” the lead single from Tanager’s new album, HZ Donut, effectively capturing the sentiment for longtime listeners of Elly Daftuar’s songwriting, albeit discharged from the original meaning behind the lyrics. That being said, this song attains a radiance not only from the meticulous layering of guitars and intricate percussion, but also from Elly’s lyrics capturing a state of disorientation, halfway between a dreamstate and the full agency of consciousness, wresting away from a habitual orbit around unease and dread, and instead opening her eyes, with fresh resolve, to process reality, overcome anxiety and discover… What she’s been waiting for is what’s discovered in the swooning final minute, rounding the chorus tenderly as elements fade away into a haze.

And there are, as I said, always layers to any Tanager song. That’s why the band are providing a Songbook for HZ Donut at the release party, next Saturday, at Ziggy’s. Essentially, says Elly, you can think of it as a souped-up sort of liner notes.

“When I was dreaming up the Hz Donut songbook, I found inspiration in my community,” said Daftuar, “…one that is magically filled with songwriters. I’m not the most literate in music theory, so I think there’s some weird stuff happening across Hz Donut. And I thought it could be fun to let other people dissect the album, or even just learn the words if they were curious about them.”

Because the Ypsilanti area is home to so many songwriters, Tanager were hoping to inspire their contemporaries to take this songbook home and add it to their own repertoire (that is, she said, “…if you tire of the covers you already know.”) Or, if not that, maybe another local band can find inspiration from Tanager’s progressions to lead them on a new song of their own.

The other motivating factor for providing a songbook is that Elly was eager to return to her past life as an illustrator. “More specifically,” she said, “I wanted to go back to my teenage roots writing elaborate, pseudo-calligraphic lyric sheets in notebooks I shared with my friends. I was encouraged by my bandmates Mary Fraser and Rishi Daftuar to write the whole songbook by hand, which felt most authentic anyway. This is probably how the music was written: scrawled in a book somewhere. And it was recorded in our own home by Rishi…, who was as patient and ambitious as ever… so I also wanted to feature some photos depicting the recording and mixing process in the songbook. Making records is so important to us—it shapes our life together!”

Yes, these guitars sound metallic, or, at times, like roaring engines. But there is such a subtle lushness to the tones they capture and the final mixes, that it does, as I said before, feel like it’s a sound that ‘envelops’ you. I’ll go further, if you let me, to say, that this is a sound that’s almost cradling you–hugging you–if you listen closely enough on headphones. And I’m not too far off… Not really…As Elly says…

“These songs were first written years ago, and they somehow managed to be ambiguous enough that the song meanings have shifted for me over time. But a core theme has remained…”

“…I wanted that story to be front and center, and so now it’s embodied in a short art book.” 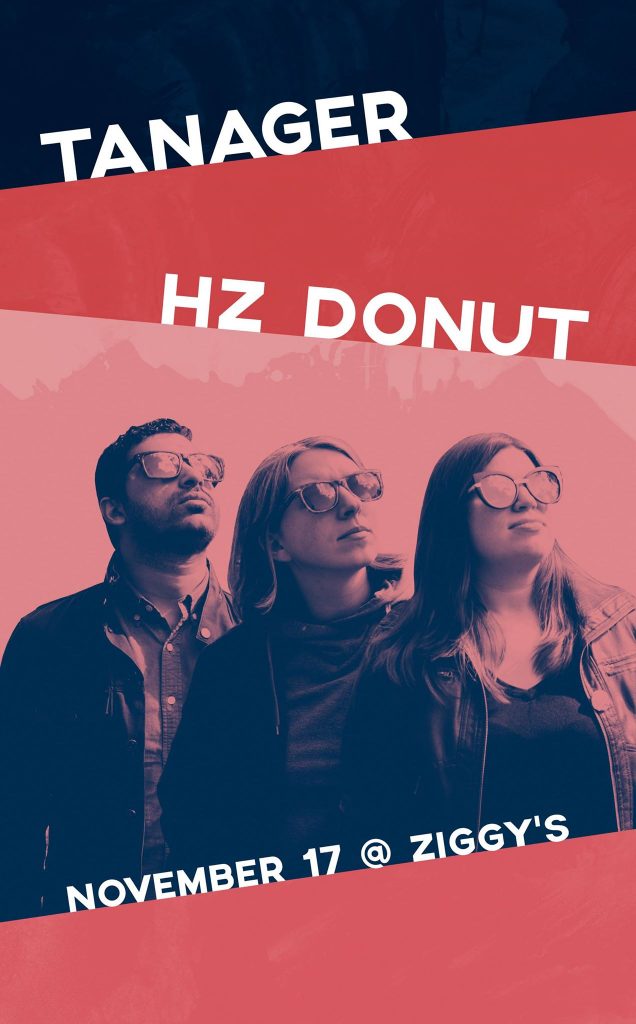