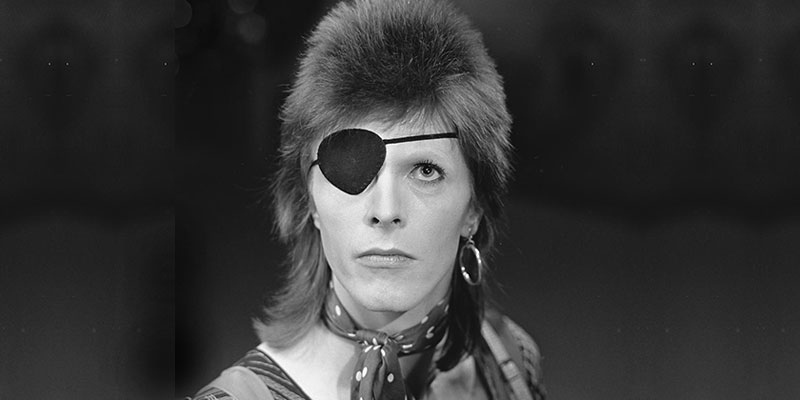 As most of of our readers are probably already aware, legendary rocker David Bowie passed away Sunday at the age of 69. There have been plenty of tributes pouring in from all corners of the world – such was Bowie’s influence that he touched every genre of music and fashion, and changed people’s perceptions of what a performer could do.

Washtenaw County is no different. Rather than rehash the man’s career here, our music writer Jeff Milo reached out to some rockers from around town and asked them about how Bowie influenced their lives and music.

Here’s what they had to say.

"Has there ever been a musician who has made such an impact on so many generations?" asks Chura. "I'm sitting alone in my car crying, at age 27, trying to sing along to "Rock 'n' Roll Suicide" and I can't get through it."

"I think about David Bowie everyday. "The Labyrinth" has been the answer to my secret question for most of my passwords ever since I've needed passwords.

"You walk past the cafe, but you don't eat when you've lived too long…"

"When I think back on Bowie's impact on me artistically, the first thing that comes to mind is Diamond Dogs. I had just read 1984 as an early teenager in the Bush-era, post 9/11 world. It was during a time when I was beginning to make my own mind up about things, authority figure opinions aside. Having a soundtrack to those feelings was profound.

Diamond Dogs showed me that music could be adventurous and weird. That not all music had to center around simple subject matter. I didn't know you could write the soundtrack to a dystopian novel. Bowie showed me otherwise."

"This past Christmas, my brothers and I were talking about David Bowie's latest album, Black Star. He keeps bringing the fire while the rest are taking a piss. No way am I saying I know his catalog in and out, I still have much homework to do, but he was a rare breed and such a powerhouse of influence for pretty much every rock band today.

Hunky dory was the album that I, like most of us, grabbed onto and didn't let go for dear life. Shit, how many times would you hear “Oh! You Pretty Things” or “Changes” at a party, a bar, or a friends house? Too many to count. Even the closing track “The Belay Brothers?” Prolific without a doubt.

I don't think any rock band around today has not directly or subconsciously ripped off this man. Bowie is like salt to the cuisine of music, he's in everything and that's why some of it tastes so good. Here's to you David Jones. The bar is far too high to see now…but it don't hurt to try."