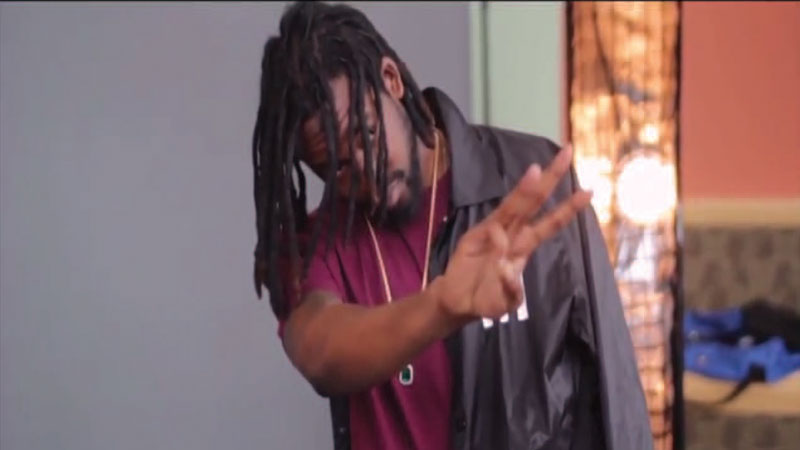 Louis Picasso passes into a trancelike state when he performs. The energy is intense, in the room, amid an audience, and especially emitting from the Ypsilanti emcee, at any of his shows. Actually, we should call them “happenings…”

He says he’s feeling fine up to the very minute he gets on stage or his set begins; once the music starts, everything gets hazy until he comes back out of it to catch his breath, asking with sincere inquiries ‘how it went…’ Cuz he’ll just go! And it’s inspiring to watch, and to hear; tidal energies, sinewy wordplay and declarative expression to create an urgent energy that is transmittable.

In 2013, Louis Picasso founded the local arts collective Hiiigher Minds, a multi-faceted network of musicians, producers and unique artists like CJ Rene, Chris Guru, AP, and King.Solo. Over the last year or more they’ve hosted a handful of happenings, shifting preconceptions of what a concert can be, at venues like 23 Ypsi (at 23 N. Washington) and Friend’s Closet (at 310 Perrin St).

“We come, as a whole collective, to put on dope events together,” explains the lyricist and producer otherwise known as Mark “Louis Picasso” Gholston, describing Hiiigher Minds. “To utilize each other’s own resources and energy and help each other out, I always believe in working together and helping the next person in the scene. That’s what I wanted Hiiigher Minds to be, to help individual artists reach out, branch out, network with other artists. That’s really how we can help strengthen the music community.”

Gholston moved to Ypsi just under 10 years ago, halfway through high school. He grew up near Romulus/Inkster, in a musical household, with everyone in his family engaged in the arts, either in a choir, playing an instrument or writing poetry. Key influences were Biggie Smalls (Notorious B.I.G.), Jay-Z, and other seminal mid-late-90’s East Coast/gangsta-rap auteurs. “My projects, since then, have never sounded similar to each other; I’m always trying to create a new sound or advance a new sound.” Over the last five years, he dove into music (& music theory), broadening his sensibilities for ambient, electronica, and rock, as well as R&B and rap.

Gholston put out a flurry of singles on his Soundcloud page over the last year, (produced by Hiiigher Minds’ ally AP.) Stand-outs include anthemic songs like “COOLAX” and the sleek, stylized edge “Bet That,” each adorned with swells of soulful synths and percussive cascades, pulsed with Gholston’s vibrant rhymed bars.

At the end of March, Gholston released his pièce de résistance, a full length rap symphony tellingly titled GOLD. Recorded and performed with a full backing band and a choir, Gholston described it as the kind of album he’s wanted to make all along.

“People sleep on Ypsi, bro, I don’t understand it,” Gholston said, referring to the scene’s recent renaissance in rap music and energized hip-hop artists. “They’re gonna have to wake up, cuz we keep working at it and showing people: if you have talent, you can do this. Same with Hiiigher Minds, you can do this!”

GOLD by Louis Picasso is out now. Follow Hiiigher Minds at: facebook.com/HiiigherMinds & listen at: soundcloud.com/louispicasso