We could really use a Mittenfest right about now… 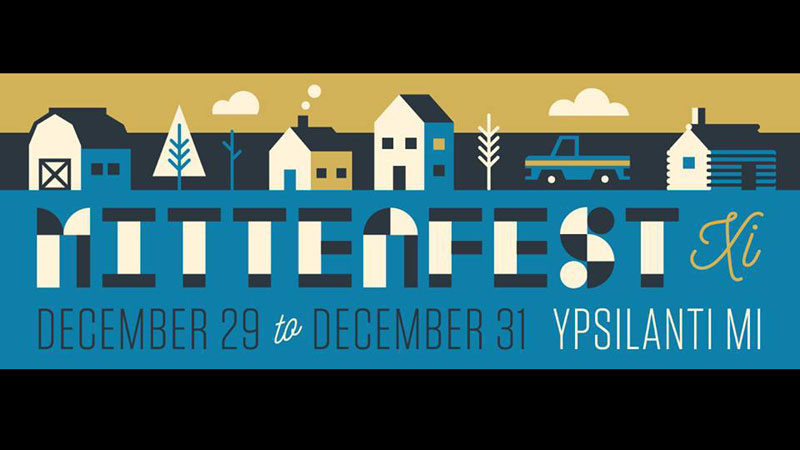 Pick up this month’s Current Magazine print edition (found at your local coffee shops, record stores, etc,) and you can read my interview with both the owner and the events manager of Bona Sera Restaurant in Ypsilanti, the hosts of the 11th annual Mittenfest Music Festival benefiting 826michigan’s ongoing nonprofit education work in local schools tutoring expository writing and encouraging creative expression upon the page (and stage).

Mittenfest is a multi-day local music festival that often doubles as a veritable holiday office party for everyone and anyone in the local music scene, from fans to bands; it’s a good-natured/good-vibed-bursting hootenanny parading bands across the cozy stage of Bona Sera’s basement performance space. Music is just about constant for all three nights, with nearly 30 bands set to perform to show their support for 826michigan.

And I have to reiterate  how restorative this event has consistently proven to be for everyone involved, for everyone who attends, going on 11 years now…  If you’re feeling worn down after this surreal election, if disconcerting articles disclosing atrocities have deluged your social newsfeed, if the holidays are hitting you harder than usual already this month… If your soul needs soothing, you just need to get yourself to Mittenfest. Someone there is going to hug you, I promise… And that leads right into a performance by a local artist; a performance that’s often piqued with a palpable amount more of endearment and enthusiasm.

Let’s talk with the folks who put this show together. Our print edition is talking mostly with Bona Sera and their dedication/responsibility towards being a Mittenfest host for the 2nd year in a row. But on this page, the page you’re scrolling down, we’ll be talking with co-organizers Linda Ann Jordan, Brandan Pierce, Annie Palmer, as well as 826michigan’s Director Amanda Uhle.

“Bona Sera has stepped up to host Mittenfest in a most remarkable way,” said Uhle, who’s been with 826michigan since its earliest days. “For all the sponsors and friends and musicians and planning that make Mittenfest what it is, it’s not much of anything without the right spot for everyone to gather. Bona Sera has a really special vibe, almost like an 826 center in that it’s a space for everyone.  And it’s such a bonus that It’s in the heart of the neighborhood where we offer tutoring and other programs.”

The way I got involved with Mittenfest,” said Palmer, “…was by walking up to Linda Jordan during last year’s Mittenfest and yelling (because it was loud in there) ‘CAN I BE ON THE COMMITTEE NEXT YEAR??’  She said sure and here we are…”

“This is my second year helping organize Mittenfest so it feels much less stressful,” said Brandan Pierce, 826michigan’s program coordinator. “Oh man! For the two weeks before (2015)’s festival, I think I slept roughly 4 hours a night. But, having a group of people all handling it together makes it easier. Linda (Ann Jordan), Dina (Bankole), and I worked together last year so the rhythm of the planning was well established for this year. Annie Palmer has brought in an experienced ear for current Ypsilanti bands and enthusiasm as well.”

Over the past ten years, Mittenfest has helped raise more than $100,000 for 826michigan’s Ypsilanti, Ann Arbor and Detroit based programs. It started as a backyard party, an outdoor concert near the U-M campus. It has moved around the Ypsi/Arbor area, from the Corner Brewery, to the Blind Pig, and to long-since closed outlets like the Elbow Room and Woodruff’s.

“I’ve learned that location is extremely important, in terms of both city and venue,” said Jordan. “Mittenfest really belongs in Ypsilanti. Every year there is incredible support and buy-in from Ypsilanti business owners, community members, and of course, the bands/artists. The Fest is also a reunion of sorts, so we want people to feel comfortable in the space that we create. The staff at Bona Sera has been incredibly helpful and accommodating, and Jenny Harley always kills it with the artwork and decorations.”

Jordan and Bankole are also board members of Detroit-based Seraphine Collective, a feminist arts community nonprofit organization. Jordan also performs with local trio Best Exes, while Bankole is part of another group, Casual Sweetheart. Palmer, meanwhile, is well known to Ypsi-area artists for her songwriting and performances, and maybe you’ve seen her at Ann Arbor’s Creature Conservancy. Pierce graduated from EMU here in Ypsilanti but currently resides in Detroit, working for 826.

“As far as (Mittenfest) line-ups go,” Jordan said, “I feel like it is “working” when it is a little eclectic and crowds are exposed to music they might not have been before.”

“As an attendee,” said Palmer, “my favorite thing has always been that (Mittenfest) feels like the best version of a high school reunion. My second favorite thing is that I never have to figure out what I’m doing for New Year’s, or if there will be anyone cute nearby to smooch when the ball drops…  Purely as a performer, I love how the crowd is always in such a warm holiday mood that the energy permeates your whole set and you all get caught up in a delightful circular exchange of PSYCHED VIBES!”

“The most fulfilling part is seeing how everything comes together logistically,” said Jordan. “And that requires people to donate their time and resources. It is a welcomed reminder during the holiday season of how generous people are and can be. Ypsilanti has always been a creative place. I think creativity will always find a space, even if it is imperfect. I’m glad that there are so many new places popping up and I hope they are successful.”

But let’s wrap up by re-reminding you to follow this link to find out about Mittenfests lineup for this year.

And finally, checking-in at 826michigan: “We are officially hosting programs in our new space, the Detroit Robot Factory, in Eastern Market in Detroit,” said Pierce. “We’re gearing up for our after-school tutoring program starting in January, but already running field trips, in-school projects, and drop-in creative writing at nearby libraries in the city. Programs in Ann Arbor and Ypsilanti are also going well, especially after-school tutoring where we’ve registered so many new families!”

“We raised funds to renovate what was once a produce warehouse (in Eastern Market) and transform it into something new: a writing and tutoring center—and robot retail store—for young Detroiters,” Uhle added. “It’s been a blast to spend the last decade or so watching this organization evolve into what it is today. We’re now serving almost 4,000 school-aged students each year, and we’ve grown far outside the limits of just our space in Ann Arbor (and now in Detroit). 826michigan programs happen in dozens of public and charter school classrooms, in public libraries, and elsewhere in three cities.”

So you get to have what could most certainly be the most memorable experience of your whole year… AND support a great cause!

On a truly editorial note: 2016 has been one of the most disenchanting, hope-extinguishing, heartbreaking years, quite possibly the most miserable I can ever remember. Truthfully, my most cherished memories of the year have been the ones I’ve spent in venues, beside stages, listening to local bands perform… Mittenfest is just what I need, just what we all need, right now!