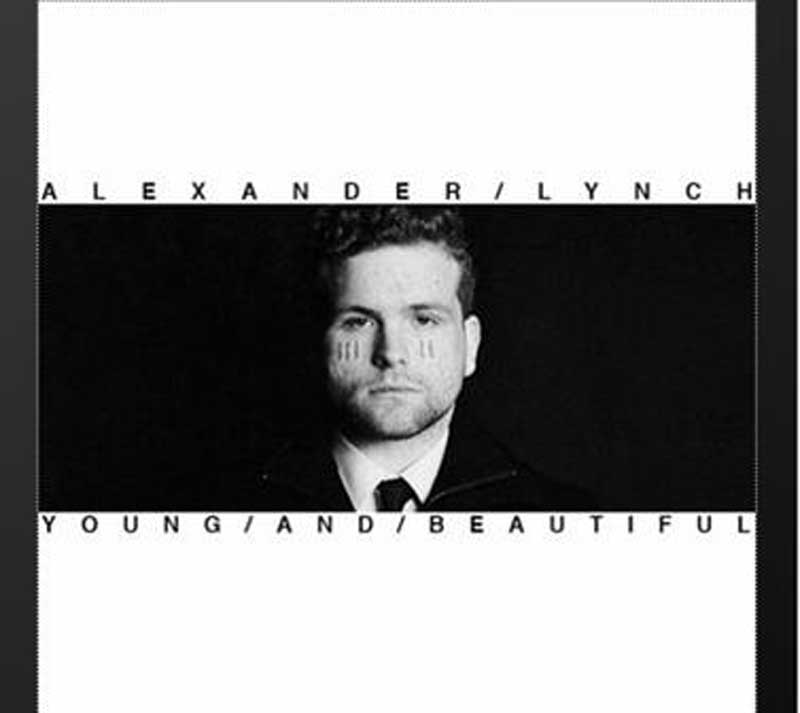 This track’s got comparatively minimal instrumentation for a soul song, but then, it might only need one instrument: Alexander Lynch’s voice.

Then again, you might consider the arrangement, with its wave of synthesizers and digi-clasping drum machines, to be more slow-dance synth-pop than soul. But that’s the thing, whatever song this Michigan-native sings becomes a soul song.

Here, let it play. And bend your ear in right around the 2-minute mark, you’ll hear what I’m talking about:

This song is the lead single from Lynch’s forthcoming full-length, produced, mixed and mastered by John Cyrus (a.k.a. Darin Rajabian & Nathan K./Klages). It’s a silky smooth jam to slide into your weekend with.

“At My Side was one of the earlier songs that I wrote for this project,” said Lynch. “I wrote the piano part you hear in the beginning and it just hit something inside of me.”

That visceral reaction to tone and melody is integral to the motivations of Lynch, a young man who has been entranced by the evocations of soul icons like the Temptations, The Four Tops, The Supremes, Whitney, Marvin Gaye, Stevie Wonder, “all the greats,” Lynch said. “Whenever I would go on vacations with my family, I would always be zoning out to songs and I would never want to stop for gas or anything. I didn't want the music to stop.”

Lynch has been performing since age 10, singing in garage bands through his early teens and eventually learning to play the drums. Ultimately, he focused on developing his voice to be a true lead singer, inclined toward a very rhythmic delivery. Beyond his solo project (with At My Side), Lynch also drums and sings in band Pioneer Parade (out of the UP).

Last year, after a particularly profound experience listening to soul music, Lynch began training his voice for the specific timbre and delivery you’re hearing on this first single. Further influential touchstones, beyond all the Motown, could be Kwab and The Weekend, blending low, mellifluous croons into a higher, achey falsetto.

“I love writing vocal melodies. It's one of my favorite parts about songwriting or expressing myself creatively in general. I love the possibilities and just the way certain notes hit each other. I've always been more of song-oriented musician. And I think that means just really making decisions based on the song. That's the way I play drums or any other instrument too. You play or sing more for the song than yourself.”

Since Lynch appreciates the inherent emotional aspects of an R&B/soul style, he has a sensibility for imbuing his songs with a nuanced vulnerability that can then endear the listener to his lyrics. That (emotion and vulnerability) is what soul music exists for, almost. It's a requirement in this art form.”

Lynch is based out of Houghton, up in the UP, but he’s found enthusiastic collaborators with the band Stepdad. His producers, known as John Cyrus, are based around here, so it’s made for successive long drives for Lynch, but he hopes to move to Grand Rapids in the next few months. “The Michigan music scene has always been inspirational to me in that it's just so supportive of talent no matter what it is and is just a great encouraging environment for creativity. I love it. I really can't wait to get into it further.”

Lately, Lynch has been working with Ryan McCarthy (of Stepdad). “He's got such a great songwriting and producing mind, as you always hear in Stepdad, so I think together we make a great team. No one has really heard any of it yet, but we're so stoked on what we've got so far and we think we might have a couple home runs in store.”

Lynch, with his closeknit trio of collaborators, hopes continue recording more and releasing songs throughout the year. His next single, “Enough Of Me,” is streaming now via his soundcloud page. After that, there’s two more songs coming down the line for Pike. But then, he’s just getting started.