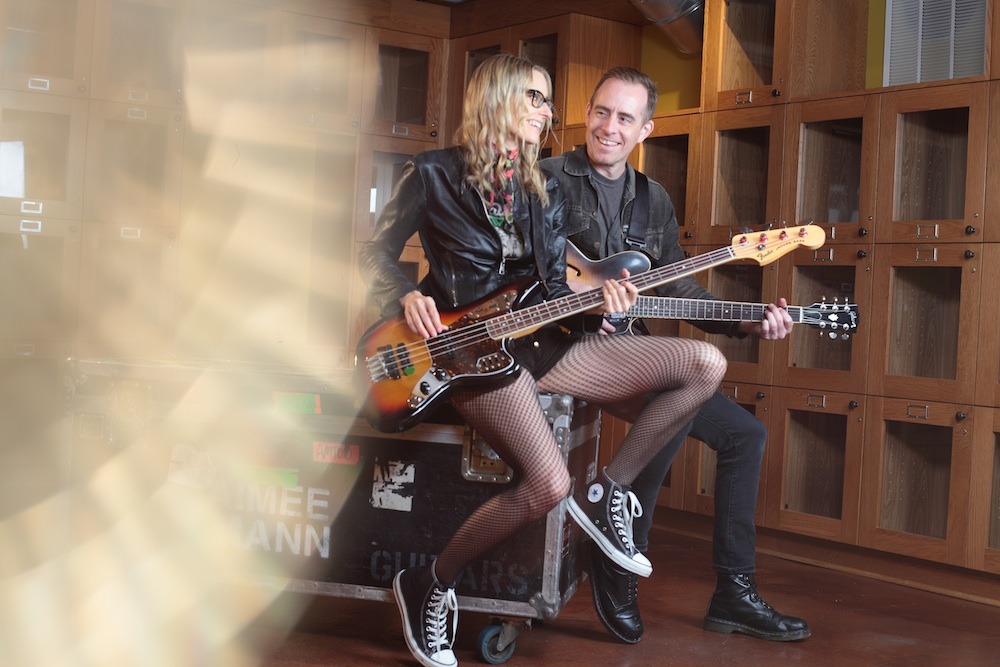 It’s going to be weird without Woodruff’s, that’s for sure. Where will we go, now, for that special, raw, inspirational exertion of live, local music? Of course we could look over to Ann Arbor’s Blind Pig, with its multi-hundred capacity space having served the community in live entertainment for more than 40 years. But then, just down the side streets, there are spaces like the Ann Street Music Room, where, last Saturday, we saw Ypsi’s soulful alt-country rockers Captain Ivory perform songs from their recently released debut album. (Stream the hardboiled bluesy tumbler “Bottle & Penitentiary”) They were joined by indie-twangers American Mars, Michigan’s champs of richly wrought Americana from Detroit-based Gangplank Records. The Ann Street Music Room’s address is 812, just south of Huron; doors open at 7:30 pm.

But then, if there was ever a perfectly timed pick-me-up to follow my post-Woodruff’s wistfulness, it’s Ted Leo and Aimee Mann, two veteran indie-songwriters fatefully came together to record an album last year, dubbing themselves The Both. I, and many, have respected each for their talents and unique styles, Mann more of the traditional folk singer/songwriter style who cast a pale, post-Millennial rawness upon the folk aesthetic, while Leo was a more clench and ferocity, like a riled-up Billy Bragg-by-way-of-post-hardcore-punk. Turns out their voices, hers a crackling, lower swoon and his a disarmingly higher croon, pair well next to each other, while they showcase their current proclivities toward melody melding, jangling riffs (with, of course, the occasional solo) and driving rhythms, particularly on lead single “Milwaukee.” (The video’s pretty entertaining, too, especially if any of you have a drummer as a friend). The Both perform May 7th at the Blind Pig. Doors open at 9pm with a $20 cover. Find more information about this show and all upcoming shows at the Blind Pig's website. Or, just check The Current’s calendar and stay tuned for more weekly what’s-up columns.