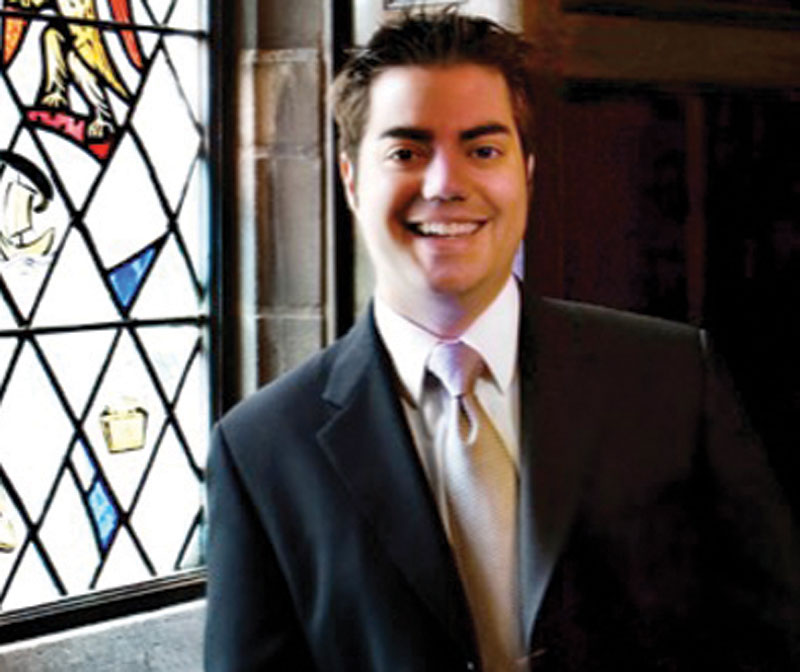 Scott Hanoian was recently named Music Director and Conductor of the University Musical Society’s Choral Union. The U-M alum admitted that it has always been a dream of his to someday “come home” to Ann Arbor, expressing how excited he is for this opportunity, which he considers a great honor, “The Choral Union is an incredible group of volunteer singers who come together to do amazing works with equally amazing orchestras, and they’ve sung some of the best music ever written, doing so at a very high level.”

Hanoian started playing the organ at age nine, but admits, that at that time, he was much more interested in baseball. When he started studying and performing at the Interlochen Arts Academy as a teenager and experienced the exhilaration of rehearsing Carl Orff’s inimitably epic “Carmina Burana” in the majestic open air of a mid-Michigan forest, something clicked. “I realized I wanted to be a musician full time and went on to pursue an organ performance major at U-M.  That’s where he met Jerry Blackstone. I took a beginning conducting class with Jerry, and under his mentorship and encouragement I realized there was some sort of bug in me that wanted to be in front of choirs. I started taking private lessons (with Blackstone) and pursued it further. And it’s amazing, now, that (Blackstone) is my direct predecessor at the Choral Union. I’m very lucky, but, of course,  they are  big shoes when you’re filling your own mentor’s. It’s an honor but also a big responsibility.”

Hanoian holds three degrees from the University of Michigan in choral conducting, organ performance and church music. Along with Blackstone, he also studied under Robert Glasgow and Theodore Morrison. After U-M, Hanoian went to Washington D.C. to serve as assistant organist and director at the National Cathedral where he conducted choirs and trained choral singers. His next stop was Grosse Pointe to become director of music at Christ Church.

“If you were to ask me 10 or 20 years ago, what I’d like to do, it really would have been conducting a chorus like UMS. It’s not only an honor, but also something I’d been dreaming about. “

The act (and art) of conducting is a bit of an anomaly, as Hanoian puts it, because you have all of the control and yet none of the control. “Conductors are in charge of making the sound that comes at us in a perfect combination from the performers and there’s a thrill in that, in collecting a group of people and unifying a musical vision with their voices and share that with an audience.”

When one considers the intricacies involved in conducting a choir, it’s easy to see how Hanoian has always been so enthusiastic. “That’s what I love most about being a choir director: the idea of a human being producing the entire sound and of the brain energizing that voice and the vocal mechanisms involved. There’s something so personal about that and the commitment of the singer that makes the performance stand out. Obviously an orchestra is committed and there’s a deep connection there, but there’s just something about holding your instrument inside of you.”

Hanoian particularly appreciates that each singer brings their own unique sound. He’s looking forward to getting to know the Choral Union and to learn much more than 170 first names. “We have a very busy season ahead of us,” Hanoian said, with delight.

Upcoming performances include Beethoven’s Choral Fantasy on September 19, the halftime show at the U-M football homecoming game against Northwestern on October 10 (with the New York Philharmonic), and Handel’s Messiah with the Ann Arbor Symphony Orchestra, December 5 and 6.