Husband and Wife Believe in the Power of Music to Heal 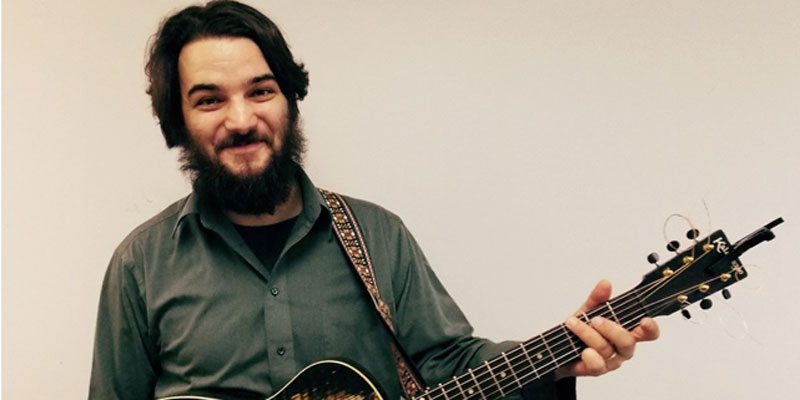 Music empowers Seth Bernard daily. “And, I’m very intentional about what I listen to,” said Bernard. “I find everybody is. Everyone turns toward music when we’re having a challenging time, or just a bad day, and when it comes to the creative process; [music] is just a lifeline.”

Bernard and Erlewine married five years ago, having met in Ann Arbor in the early 2000s. They’ve bonded over music’s ability to cultivate resilience for whoever’s listening. You’ll probably find their music heals something you hadn’t realized was stressing you. Bernard is releasing Eggtones at the Ark on Saturday, July 2, part of a new three-part music series and “…a radical experiment in 8-bit rock, post-modern folk, playhouse primitive, and 21st century blues.”

“I always feel a responsibility as an artist to be able to respond to the times, to use the artistic process in a way that brings people in,” said Bernard. “There’s so much cynicism and fear right now that we’re forgetting how much work it takes to keep our community’s going every day, so I wanted (Eggtones) to acknowledge how much people are doing and remind them that their work is appreciated.”

Seth and May don’t just talk about the power of music; they demonstrate it through education and outreach. Erlewine is working with toddlers, teaching music-and-movement classes, utilizing it for mental stimulation, boosting self-esteem and social interaction. There’s also educational programming at the annual Earthworks Harvest Gathering, a family-friendly camping festival that celebrates local food, music and appreciation for community. Seth, meanwhile, teaches songwriting to high school students at Interlochen summer camps and serves as artistic director for the Quest program’s music tutorship, collaborating with the SEEDS organization in northern Michigan. 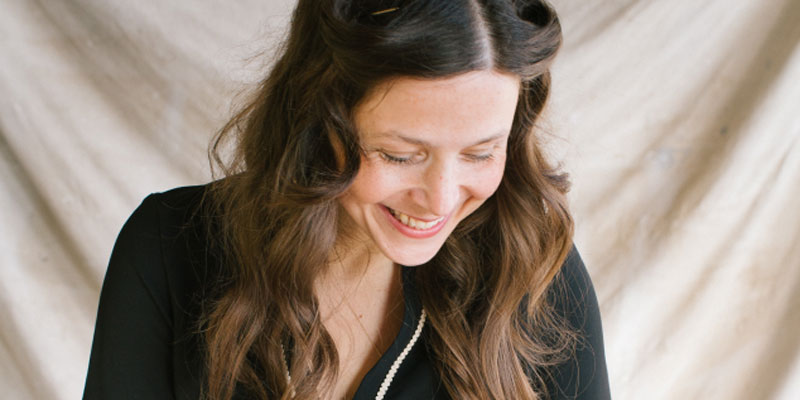 Music’s supposed to make you feel good, feel renewed. I mean, there are no rules; you can use music however you like. Remember that it can be utilized, that it can bring people together for a greater purpose.

May Erlewine, the Lake City-based singer/songwriter has an idyllic voice and a soft way with words, the kind of perfectly balanced pitch, cadence, and radiance evocative of the sunset’s rays upon a pond’s gossamer surface. If I ever feel down, I play her song “Shine On,” this twangy rolling hymn that supplies a healing breath of fresh air, and I feel better.

“Hearing people tell
me that (one of my songs) helps is, for me, the biggest reward,” Erlewine said. “It’s hearing people share with me how [my music] has been useful, that I then know for sure that what I’m doing is valuable.”

Erlewine is performing at the Ark on July 15, celebrating the release of her new EP, Lean Into The Wind. She has been playing music pretty much her whole life, but started becoming a prominent fixture in the middle/northern Michigan music scene in the early 2000s. Sometimes recording under the name Daisy May, Lean Into The Wind is her sixteenth studio project, and she’s already getting back to work this August.

Erlewine is a key component of the Earthworks Music collective, founded by Erlewine’s main creative collaborator (and husband), Seth Bernard, back in 2001. Named for the Bernard family farm in Missaukee County, the music label/event-coordinator/advocacy-group/community organization has pined several equally talented artists who share the same heartfelt and humane sentiments as May and Seth, heightening awareness for issues concerning sustainability and social justice.

What Earthworks and Erlewine demonstrate is the power of encouragement. For those out there doubting the power of music, Erlewine’s songs destroy your cynicism.

Earthwork is “… rooted in the collaborative sharing of music, and music being for people to experience together, instead of being competitive or on a platform of being the best,” said Erlewine. “This is about moving each other! The positivity here is really special.”