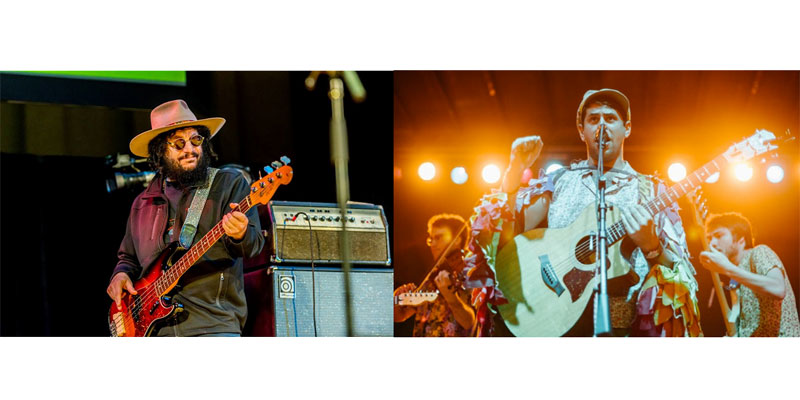 This is a festival weekend over in Detroit. The Concert of Colors is like a World’s Fair/Expo of music and art, while the Pig & Whiskey is Valhalla for devotees of barbecue culture. The former happens in Detroit, while the other is hosted in Ferndale. But we’ve got some local events for you to check out, also…

All I can tell you about Concert of Colors is: just go! Just go, and you’ll have fun. Walk in at any point and just take it all in… It’s metro Detroit’s FREE annual diversity-themed music festival and there’s magic in the air, whatever venue, whatever performance; a welcoming and groovy vibe of inclusivity, enlightenment and unity…and amazing music, from soul, reggae and funk, to afrobeat, jazz and pop/rock.  The 24th annual Concert of Colors is presented by the Ford Foundation, and is produced by the Arab American National Museum.

The goal of this four-day festival is uniting metro Detroit’s diverse communities and ethnic groups by presenting musical acts from around the world. You can see the list of performers here. What we’re particularly looking forward to is Don Was (producer-extraordinaire) leading an All-Star Revue, featuring Laith Al-Saadi, Martha Reeves, Mitch Ryder and more, doing fiery cover versions of the Top 10 Detroit songs (as voted by readers of the Detroit Free Press).

This fest is facilitated by The Metro Times and is pretty much a super celebration of “booze…bbq…and live music…” There will be several venders of distilled grained mash and roasters of charred, sauce-slathered meats, majority of them from right here in Michigan. The bands on the bill include Electric Six, Joe Hertler & The Rainbow Seekers, Goober & The Peas, Mustard Plug and more. There will also be extra treats, like impressive acrobatics of the Modern Skate and Surf Extreme Team on a halfpipe, as well as a substantial selection of microbrews. It’s free to attend, but you’d have to get drink tickets for your whiskey or pay up at the counters of those various food trucks.

I know we usually talk about music, or something involving PA systems, laser lights and stiff cocktails…BUT… Two of your favorite local beer gardens (Cultivate Coffee and Bill’s Beer Garden) are teaming up Witch’s Hat Brewing Company for a fundraiser for Food Gatherers and Safe House Center.  You can start your night at either of these “gardens” for your preferred “tour.” Tickets here. After, you can hop on any of the buses that will be leaving from both locations on a circulating departure schedule.

DJ Ryan Gimpert will be spinning at CULTIVATE from 5:00pm – 9:00pm, with divine blends of roots reggae, dub and rocksteady

If you wanna keep it local and need some cerebral and tremulous psychedelic rock, then stroll into Crossroads.

Back in March, we told you about local singer/songwriter Evan Haywood’s unveiling of the ambitious, layered, mesmeric folk odyssey Ramshackles. We vaguely hinted that the songs would eventually be available on vinyl. That happens Sunday.

Haywood’s heavy on vibes. Layered vocal harmonies have an eerily beautiful quality to them, and tones can modulate with a suddenness mirroring the mercurial ponderings of a weary mind, the vocals fragile yet unwavering (like the human heart) and the curtained ambient sound samples evoke the persistent bustling’s of all of our everyday’s, trying but failing to distract from what’s vital: words, melody, resonance…

Hydropark will be on the lineup, along with Gardner (touring in from Richmond, VA). Also, there’s a project called Sister Lake, which features Fred Thomas (of Hydropark) and Kaylan Mitchell (of Getup Vintage).