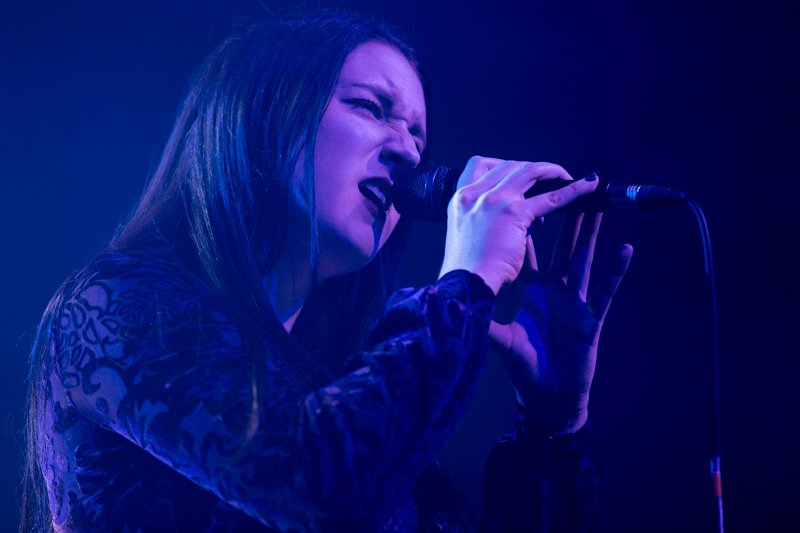 If you didn’t already catch singer/songwriter/band leader Madelyn Grant belting original songs on Ann Arbor Summer Fest’s Top of Park stage earlier this month, you may have heard her vocals on tracks produced by electro big wigs Odesza, FKJ, and Emancipator, one of which morphed into a Grammy-nominated remix by André Allen Anjos. She has over 50 million plays between the those collaborative tracks.

Given her demonstrated musical promise, she’s in the middle of a $10,000 Kickstarter crowdfunding campaign to help her produce her debut album, “Purpose,” and could use your support.

Though she’s been recording music since early college at the University of Michigan, her musical career properly ignited after connecting with virtuosic artist FKJ by messaging him “I love your music” through Facebook. Grant sent him a demo recorded on her MacBook before FKJ relayed her a track that he said he could use her help with. She began collaborating with electro duo Odesza in the same way, this time as a college sophomore.

Collaborating with high-caliber musicians jolted Grant into pursuing music as a career. And though she’s worked with some of contemporary music’s premier ascendants, she acknowledges that releasing a solo album is part of her artistic trajectory.

“This is my biggest endeavor yet as a musician,” Grant said. “All the songs that I co-wrote and co-produced, I can still call them mine, but as a feature and a collaboration, it’s still someone else’s work.”

Her debut EP also marks her first time leading a band in performing her original songs. “It can be scary, but it’s also very rewarding in that everything is starting from me on this one,” she said.

While her biggest collaborations have been with electro-leaning musicians and producers, Grant envisions her debut album as a progression of neo-soul.

“The record isn’t electro-heavy, but it’s definitely futuristic in the sense that this is what the future of soul music will sound like,” Grant said.

Grant’s Kickstarter campaign runs through August 5. Donations will cover producer fees, studio sessions, recording engineer expenses, mixing, mastering as well as a music video, among other expenses. And if you donate at least $1,000, she’ll perform a live show in your living room. Donate now.

You can hear her next performance on August 28 at Frog Holler Farm’s Holler Fest in Brooklyn, MI.

Check out her collaboration with Odesza: