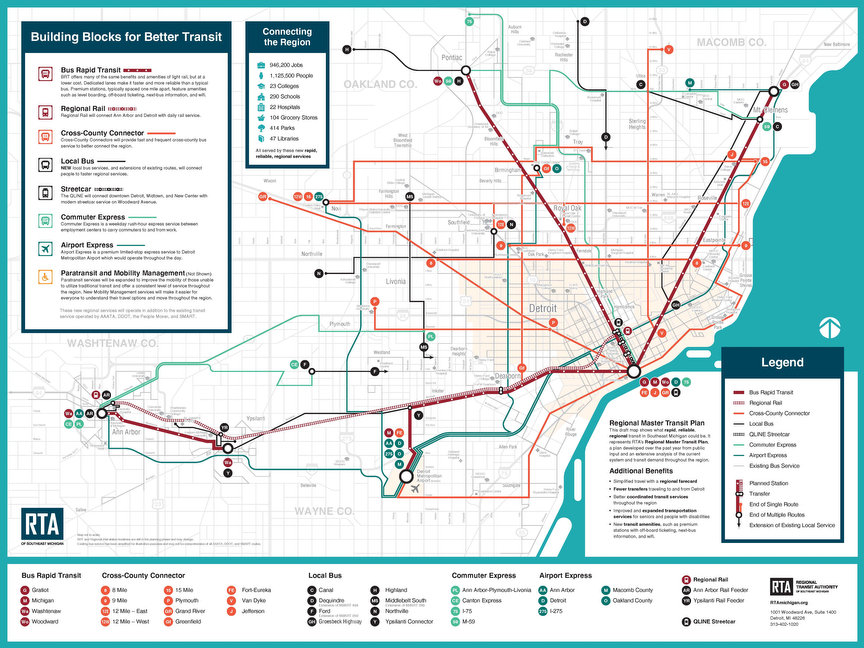 Tired of the drive from Ann Arbor to Detroit? The Southeast Michigan Regional Transit Authority wants to connect Ann Arbor and Detroit with light rail service by 2022, pending an affirmative voter nod of a 1.2-mill tax proposal this November, according to Mlive.com.

When the light rail is up, riders can expect a 44-minute trip from an Ann Arbor station to Detroit's New Center Amtrak station, with stops in Ypsilanti's Depot Town, Detroit Metro Airport, and Dearborn. This means that you'll be able to read a book on the way to work, mindlessly scroll Instagram or avoid driving drunk on the way back from a long night out, which all sound like wins for the people of Southeast Michigan.

"How's this getting paid for?" you ask. The light rail will be part of the Regional Transit Authority's 20-year, $4.6 billion plan that the agency says will cost average homeowners an extra $95 annually.

Of course, the proposal's appearance on the November ballot isn't yet a sure thing. The RTA board is holding a vote on July 21 to officially put the plan in front of voters this autumn. In the meantime, show up to one of the RTA's public meetings to lend your input.