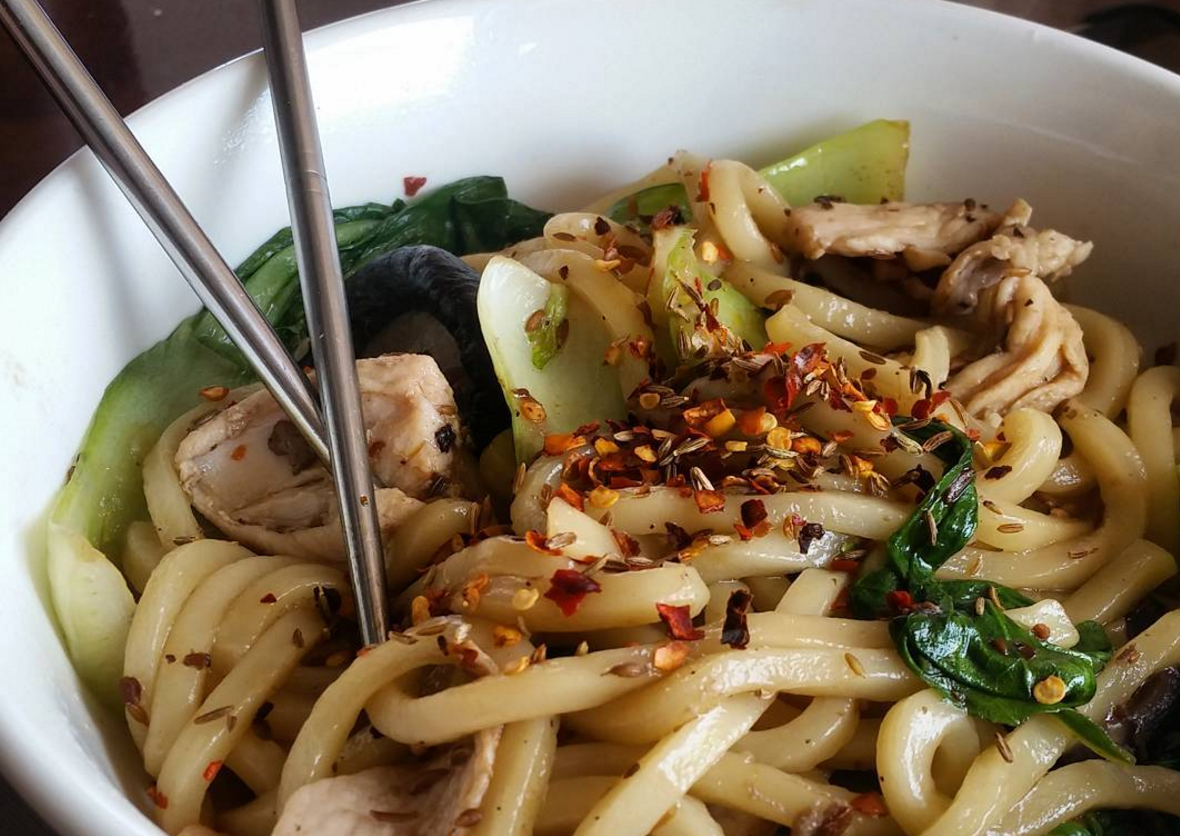 For anyone predisposed to Chinese food, it's always been easy to take notice of Yee Siang Dumplings (4837 Washtenaw Ave) mid-cruise down the stretch of Washtenaw Avenue straddling Ann Arbor and Ypsilanti. Going in is a little more difficult.

The place fits the archetypal Chinese restaurant you've been meaning to try forever, but, because the street boasts eclectic food choices more-or-less representing most of the Asian continent's highlights, you just haven't gone in yet.

The space is a low-key dining room with textile-upholstered wooden chairs reminiscent of a doctor's office in 1988, which would normally be a turnoff if the dine-in guests weren't seated in front of plates piled with craggy dumplings and steaming bowls of noodle soups.

The menu listed about a dozen dumpling varieties. Each could be ordered pan-fried, boiled or steamed. Because our server told us that steaming the dumplings would take a little longer, we opted for boiled lamb-and-cilantro and pan-fried pork-and-chive dumplings, respectively.

The pork-and-chive dumplings arrived first. Normally, I won't dig in until I have a mound of oily chili flakes on my plate, but Yee Siang didn't require me to adulterate its namesake dish with superfluous pastes (though the table did feature a caddy with soy sauce, vinegar, salt and pepper should one feel inclined). The lamb-and-cilantro dumplings danced with rich savory notes undefeated by a bath in scalding water.

We finished the meal with a Ma La Bowl. The menu laid out meat, veggie and noodle options with which to build our own bowl atop the base spices. Our server warned us about the Ma La Bowl's spice, but didn't mention that the kitchen would employ Sichuan peppercorns. For the uninitiated, Sichuan peppercorns are a variety of northern Chinese spice that leaves behind a deep, pleasantly numbing burn. Even Northeastern Chinese food purists in The Know are hard-pressed to find US restaurants that use the real deal Sichuan peppercorns. This ingredient is primarily responsible for our experience at Yee Siang leaving a favorable impression that outlasted even the peppercorns' characteristically sustained heat.

Though the understated interior doesn't seem to promise much, the kitchen's deft execution of the restaurant's ambitious menu provides a refreshing juxtaposition. Yee Siang Dumplings holds up against any of Washtenaw Avenue's Chinese cuisine offerings with humble aplomb.

Located at 4837 Washtenaw Avenue, Yee Siang Dumplings is open Tuesday through Sunday from 11:00am to 9:00pm.