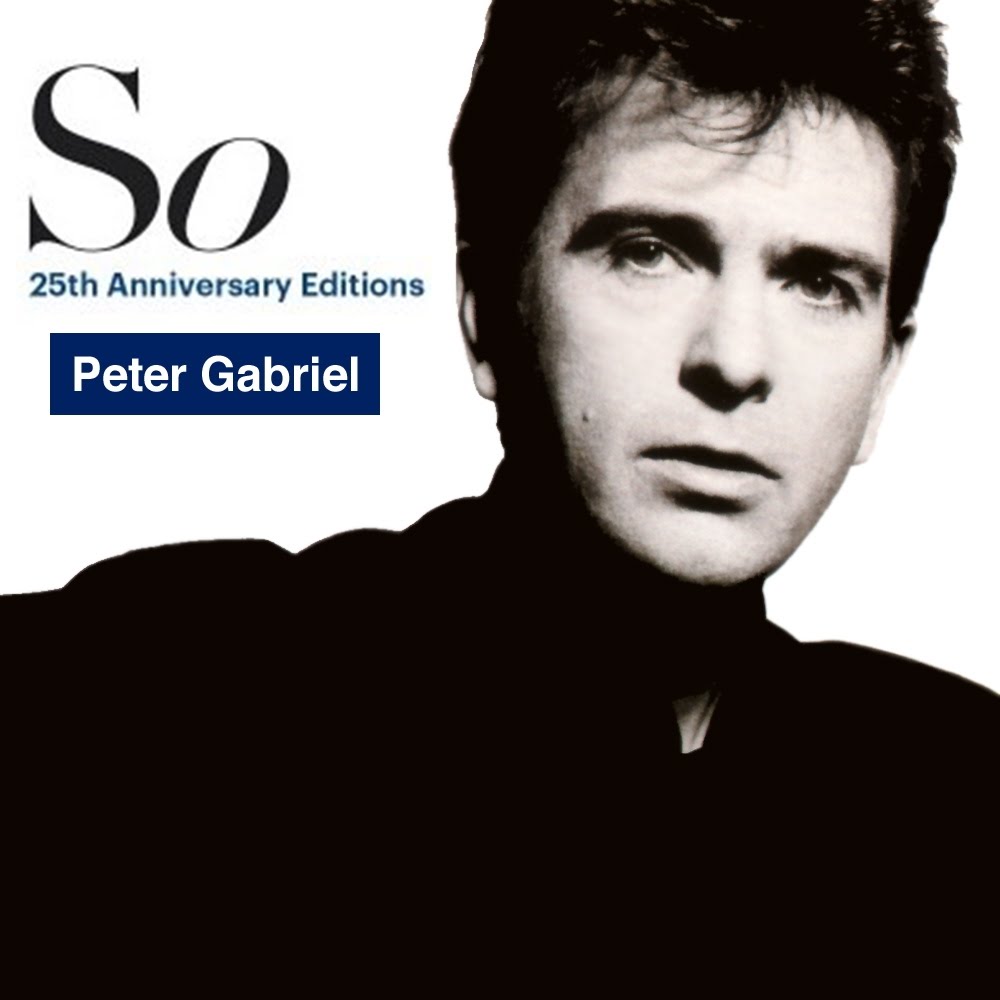 Currrent spoke with Tim Hart over the phone from an East-Coast tour stop about Michigan, analogue recording and underrated percussion. Warm up to Boy & Bear's sounds before the band's show tomorrow night at The Ark for $20. (Tickets on sale now.)

Have you guys been to Michigan before?

Yeah man. Actually we’ve been to Ann Arbor before, believe it or not. There’s a smaller community festival we played back in 2014. We played in Detroit before. My best friend got married in Holland, Michigan, and I dated a girl from Grand Rapids, so there you go. I know a little bit about Michigan. Ann Arbor’s a great college town, man. There’s a lot going on there and there’s some great shops. We really liked it last time and we’re really looking forward to coming back.

You do drums and vocals for Boy & Bear. What is the most underrated percussion instrument?

I think percussion is, in general, pretty underrated. I’m not a great percussionist myself. I can play the drums, but percussion, I’m not great. The tamborine though, man. It’s massive. It’s like the glue that binds all music together – all good music I reckon. And to be a good tambourine player, that’s tough. The producer on our last record [Limit of Love], Ethan Johns, who’s produced with Kings of Leon and Ray LaMontagne, he was like the best tambourine player ever and it made such a difference to the record. So I would say tambourine, definitely.

Do you ever get around to playing the shaker egg?

Yeah, I do man. A couple songs in during the set, my brother [Jonathan] plays––he’s on keyboard––and there’s one I play on too. That’s underrated as well. And it’s so cheap too; it’s like two dollar per egg. It’s great.

Within Australia, just generally, what are the differences between Sydney, Melbourne, and Perth?

That’s a really good question. I feel like the best way to describe it is, people in Melbourne, I think they think they’re pretty cool. And they sort of stand back with their arms folded sort of as if they’re saying, “Come on, you better impress me because I’ve seen everything before.” They take a little bit of warming up. And Sydney crowds are really warm and responsive, but there’s so much going through Sydney. Sydney’s like Australia’s New York, man. There’s so much going on all the time, so many gigs, that, you know, I think Sydney crowds are always out, always seeing something so I reckon they’re pretty knowledgeable. And Perth’s interesting. People from Perth generally keep to themselves, man. There’s a really good music scene in Perth and they’re really good players, but they kind of keep to themselves. They’re a great crowd though. We love going to Perth and playing there. You go to Perth, it’s like as far away as New York is from LA. I find LA and New York are kind of similar to Sydney and Melbourne. I think LA crowds are a bit more standoffish, but you go to New York, especially in Brooklyn, and people are really into it, even though they’re freakin’ hipsters and they love being too cool for school. The reason we love coming to places like Michigan, and Portland, Maine, was cool like that, and even Albany, New York, and Buffalo and stuff, is the crowds don’t seem to be as pretentious. They just get into it straight away. They’re not looking around to make sure that they’re cool enough. They just like music. And that’s something really cool about the states, when you get outside the biggest cities.

Limit of Love is the latest record. Is it true that you guys recorded that analogue, straight to tape?

You’re right. I guess it wasn’t something we set out to do from a romantic perspective, but it was just how the sound producer worked. We walked in and there was no Pro Tools, no computers. It was kind of terrifying the first day, but we loved it. It was probably the best recording experience I’ve ever had and so much fun. And it’s great knowing that everything that’s on the record is exactly what you played at the time. It’s a good feeling.

How does Limit of Love depart from 2013’s Harlequin Dream?

I think this latest one moves further toward these alt sort of 70’s pop grooves. It’s a little bit more raw sounding, probably not as highly produced. There’s less instruments, there’s less overdubs. It’s sort of is “what you hear is what you get” with Limit of Love. The structures of the songs are slightly simpler. It’s just a more simplified version, overall, version of Harlequin Dream.

How do you see Boy & Bear’s sound evolving in the future?

It’s sort of dependent on the music we’re all listening to individually and the way we’re aiming to progress. I think, us as a band, the next record––we always like to change and evolve––and I think we’ll go back toward the more highly produced, sort of sound. In terms of songwriting, we want to write great pop songs, but there will be a little more that goes into it this time. You experiment one way, and then discover what it has to hold and then you always need to evolve and to keep pushing the boundaries and that’s what we’ll be looking to do on the next record.

Do you guys come up with the melodies, rhythms, or lyrics first when you sit down to make a song?

It depends on each song. Some songs start with just a capo part or a guitar part. Some songs will start off with a melody––Dave [Hosking, vocals and guitar] will have a melody or a couple of chords in mind––and it’s just about nutting it out in the songwriting room and maybe going away for a week down to the beach, surfing and drinking red wine and playing our instruments and seeing what comes out. Every song is a slightly different process. We try not to be too clinical about how it happens, but to just let it happen creatively.

What’s your favorite album of all time?

That depends on the mood I’m in, but I suppose for me, if I was going to name an album that you would know, potentially, there’s an Australian band––they’re no longer a band anymore––they were called the Middle East and they had an album called I Want That You’re Always Happy, and that was probably my favorite album. Growing up, my favorite is a Peter Gabriel album, the album So, which had “Hammer” and “In Your Eyes” on it.

And you guys got to work in Peter Gabriel’s studio?

Yeah, that’s right. He owns the whole place. That was amazing.

Did you get to meet him?

No I didn’t and I was so disappointed that I didn’t, but, you know, maybe next time. It was a cool place, man. There was water, like flowing under the studio, and you look out the windows and there was lots of natural light. If you’ve ever been to recording studios, you know that’s not necessarily what you get every time.

Yeah, this was not that. It was so cool. You get up in the morning and go running and you’re running through these green fields and country lanes. It was pretty special, man. It was a pretty great experience.

How does where you record the album affect how the album ends up sounding?

Definitely. Music is so much about emotion and passion and energy and if you change the energy and you change the place you’re in… lf you’re staying in sunlight, I can hear a more positive vibe on Limit of Love than I can hear on Moonfire, the [album] we did in Nashville, because there was just more positivity floating around the room. I think you play better, sing better, and that translates into the work. I think if you’re in a grimy city, you listen to the first Strokes album and you kind of feel that griminess, can’t you? And then if you listen to a James Taylor album, you get the sense that he probably recorded it out in some barn in the country. I think it definitely effects it. I would always choose natural light––that’s for me personally––and I don’t necessarily like sunny records, but I like that you can have a lighter feel even if you’re dealing with some sort of deeper issue.

What’s your favorite part about coming to America?

America’s so diverse. When we go through Europe, the languages change, but oftentimes the cathedrals and cities look similar and the roads look similar, in between Austria, Germany, the Netherlands, and Belgium. But America, you go from the Pacific Northwest––just in Oregon, you can be in the woods and then you can be in the desert and then you can be on some rocky coastline all in the space of three hours. And then, you know, you can be in Arizona and it’s like 120 degrees and then you fly the next day to Portland, ME, and it’s 30s. It’s such a diverse place and I suppose that’s what I love about it. I just love seeing the variety. In Australia, 80% is desert, pretty much the middle of it. But in America, there’s always something happening––well unless you’re in Kansas maybe. I love the variety of America.

Firstly, I think where it all starts is British do bands better than anyone else. If you think of the majority of the best and biggest bands that come out in the history of rock music, they come from Britain usually, right? The Rolling Stones, The Beatles, Pink Floyd, Led Zepellin, The Who, The Clash. U2 are obviously Irish, but they’re close. Coldplay, Oasis, Blur, whatever. The US is kind more into the solo artists. Tom Petty and Bruce Springsteen and that sort of thing. You love them. I think Australia sits halfway between that. There are some great bands, but there’s also solo artists. I’m in a band so I’m biased toward the band, but I find that in America, there’s a real craving for celebrity. People want to have a picture with someone that they think might be famous. But it’s more about the person getting the picture than the person they think might be famous whereas in the UK, they don’t really care; it’s more about the music. And once again, Australia kind of sits in the middle of that because we’re heavily influenced by both the UK and by America. It’s pretty interesting. I think if you spent time in Australia you’d see that.

This interview has been edited.