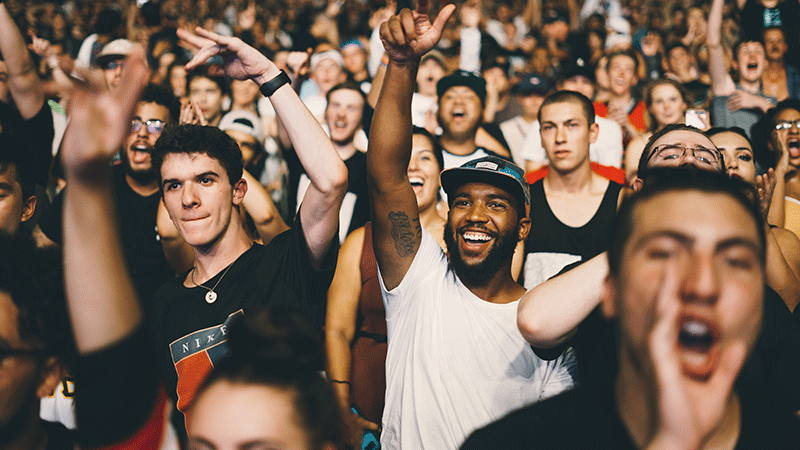 Because spectator-friendly varsity athletics represent an eminently supportable facet of the University of Michigan, what better way to foster social bonding and feelings of community than drinking alcoholic beverages? Few pastimes can liven up audience participation at sporting events quite like pregame beverages. Luckily, we provide an abbreviated guide of what to drink before each varsity sporting match.

Note that while not all of the university’s 27 varsity sports are covered, it’s because some sports, like men’s and women’s golf, either don’t lend themselves to Ann Arbor spectating or they’re simply too boring for even alcohol to liven up. (Kidding!) In any case, students able to legally imbibe drinks of the alcoholic variety are encouraged to do so responsibly.

Season: November to (hopefully) April
Drink: Whatever the hell you were drinking last season

For Men’s Basketball, drink whatever the hell you were drinking last year because it worked. Spectacularly. For Women’s Basketball, maybe try something new; it could bolster the team’s chances come March.

In the interest of preserving both what sports drink marketers want you to think what runners always drink as well as a modicum of fidelity to Gatorade’s obviously artificial citrus flavor, mix it with vodka and then add crushed ice. Speech-slurring electrolytes, yum.

The athletic flagship of this state’s flagship research institution. In hallowed honor of this veritable religious rite, drink Michigan made beer, preferably from aluminum cans. You’re already picturing a brand to hurdle this modest criteria. Whether the team wins the national championship this season or proves even mildly disappointing, drinking a few extra beers will either enhance the euphoria of winning or soften the (hopefully unrealized) reality of mediocrity.

This late summer, mid-autumn sport is like hockey, but on a field, which calls for hard apple cider served steaming from either a Thermos or a plastic bag smuggled in beneath a heavy sweatshirt, should you dare to flout the rules.

Take, at most, one swig from a bottle of 151-proof rum and channel the hyper athletic gymnasts’ range of bodily motion with a series of radical facial contortions.

Season: October to March
Drink: Something (Anything) from Canada

Just the word “hockey” is basically a synonym for “Canada,” along with “maple leaf” and “Celine Dion.” UM hockey games are notoriously boisterous affairs, which call for pregame libations to include anything drinkable that’s made in Canada. Amid myriad Canadian beers, whiskies and wines, this shouldn’t be difficult.

Soccer matches are the only occasions where drinking Fireball remains acceptable. Why? Because this hellacious liquid packs a sport-appropriate kick.

The year is 1983. Dino Bartell is playing Rick Steinberg for the club championship in Manhasset, NY. Rick’s wife Tina reclines in the outdoor gallery overlooking the courts; she’s sipping a Long Island Iced Tea because, of course she is. Drink like Tina Steinberg and then go cheer for Michigan Tennis during sanctioned applause breaks.