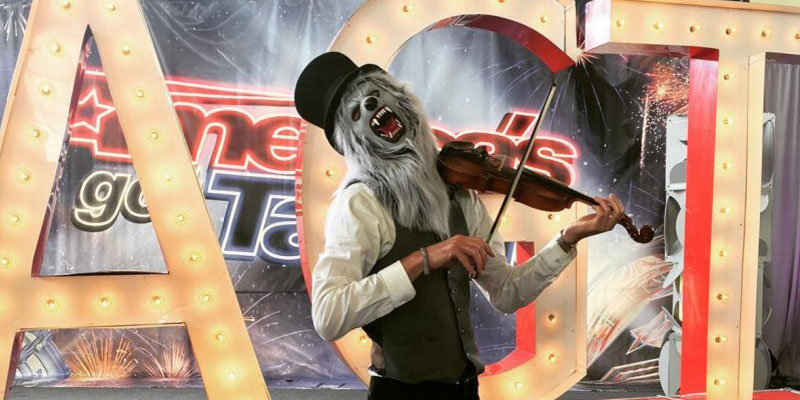 Ann Arbor's favorite wolf-masked fiddler is slated to broadcast his fanged mug across the country on NBC's multivalent "America's Got Talent" tonight at 8pm.

Viewers can look out for footage of the Violin Monster's audition for the show in the next couple weeks, according to Mlive.com. On behalf of Washtenaw County, let's hope he's not wolf bait for Simon Cowell.