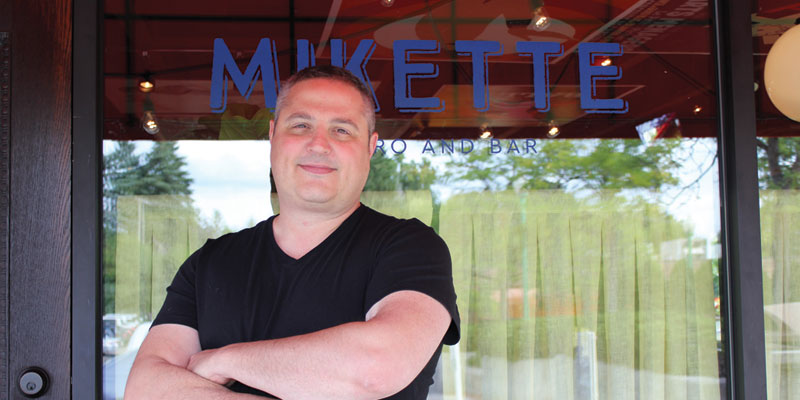 Run by owners of Mani Osteria and Isalita, French restaurant Mikette, living in the repurposed shell of a garden-variety chain restaurant, might deceive prospective guests driving past on Plymouth Rd. A double-take is enough to notice that Mikette isn’t the kind of place that’ll prompt jibes from big city-residing friends, mostly because spotting approachable French cuisine in America takes a degree of finesse.

The interior space is adorned with the kinds of quintessentially Français knick knacks harkening between Ratatouille and “A Moveable Feast” – a polished café atmosphere with dark-stained wood panelling and burnt-red accents exudes a vaguely Parisian feeling. 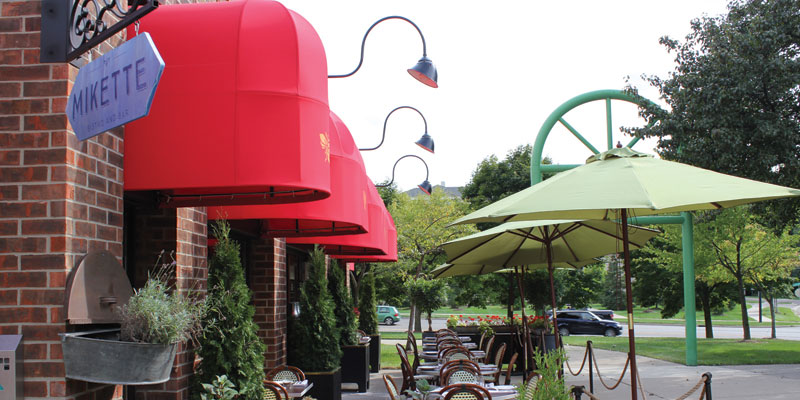 For people acquainted with French food, ordering escargot ($12) may seem pedestrian, but ordering the dish in North Ann Arbor is equivalent to loosening one’s tie and belting karaoke before your co-workers in the audience. The Mikette kitchen understands this and compliments the shell-on protein with a melted hazelnut-butter pond nuanced with Chartreuse and button mushrooms.

Contrast the escargot with raw half-shell oysters, shelled creatures more Americans are comfortable eating. Though both East- and West-Coast varieties are listed on the menu, this particular night only Atlantic-raised selections were offered (still over 600 miles away). The oysters boasted a tastefully, subtle brine and proved a refreshing palate cleanser before the array of rich dishes that followed. 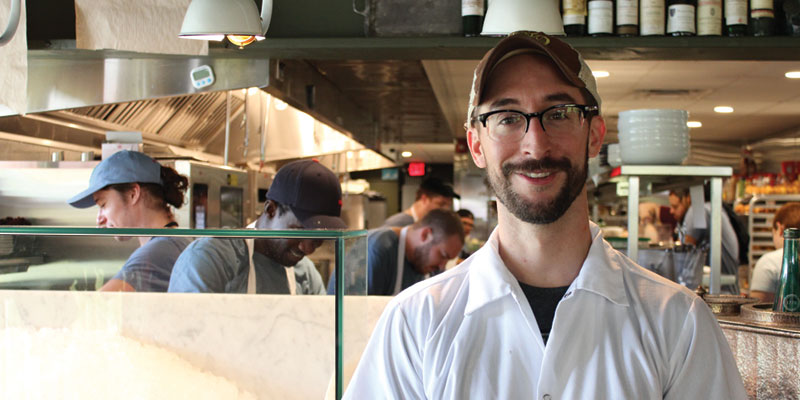 Beef Bourguignon ($17) with red wine-braised short rib, mushrooms, root vegetables and bacon glowed with complex flavors. The addition of bacon rounded out the sweet red wine sauce with a smokey porcine finish that coated the tender bits of beef.

The Moroccan-spiced lamb meatball ($10) with cumin yogurt, dill and mint accounted for a surprising flavor explosion that, while delightful, was perhaps evidence of a chef trying a little too hard.

Steak Frites ($21) a seared section of thick-cut hangar steak, maitre d’ hotel butter and a side of au poivre sauce ($1) is served with fries cut into crispy golden cords. The server revealed that the kitchen sears the steak in a high-temperature butter bath before pulling the meat from the heat. The steak’s brown crust visually contrasted with its medium-rare center while the au poivre sauce provided a  peppery citrus kick. 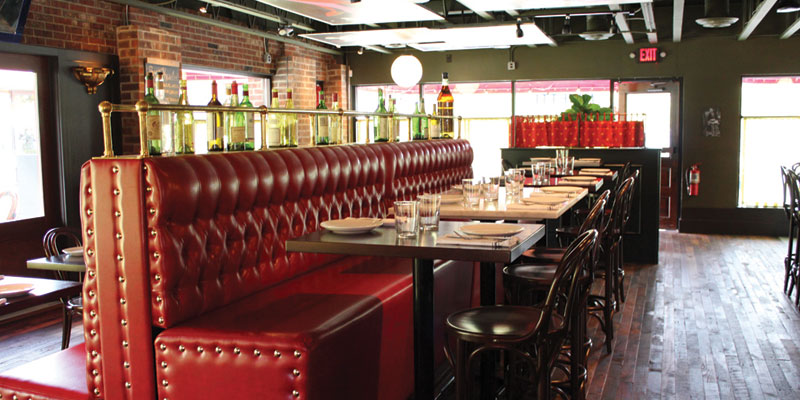 Other menu highlights include a friendly wine selection, featuring some upmarket bottles, as well as the choose-three cheese board ($14).

Mikette’s unspoken emphasis on approachability shines most notably through thoughtful renditions of French kitchen classics – high-end flash tempered by agreeable menu price points. At Mikette, it would be easy to imagine yourself lounging on a cobblestone street in Paris — until you look outside and see Plymouth Rd.