Weekly What’s Up: An Interview With Santiparro Alan Scheurman (pt 2 / 2) 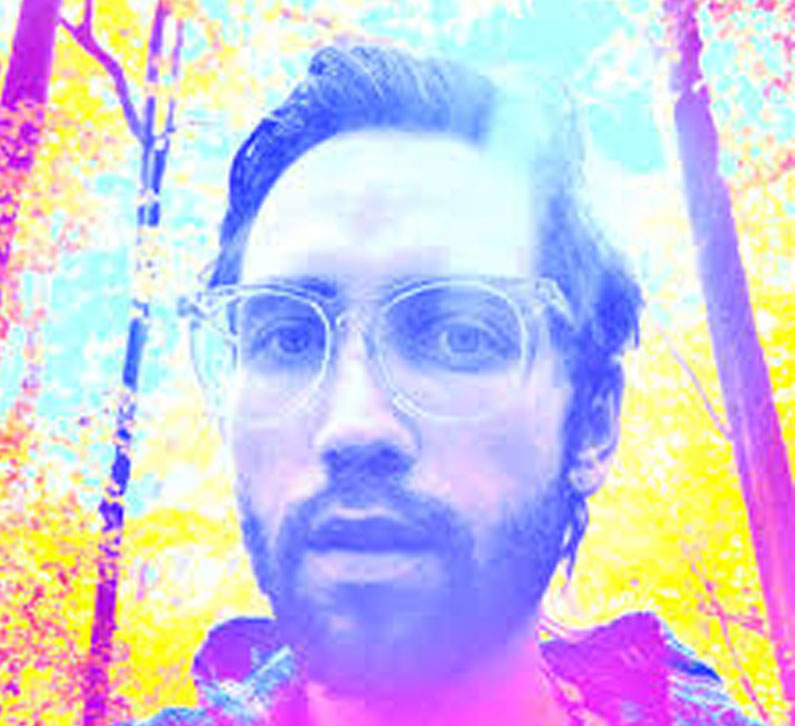 Last week we featured the first half of our interview with singer/songwriter Alan Scheurman, discussing his spiritual transformation over the last eight years, developing the name Santiparro as well as his new full length album True Prayer.

“This record is for everyone, but I don't expect that everyone will be for the record. Maybe it won't make sense to some folks when they hear it. Maybe it rubs them the wrong way because I say God a few times throughout it. Maybe it won't resonate until I'm dead. I'm not really saying anything new. In fact, I'm singing about things that have been spoken about since time immemorial.”

With True Prayer, Scheurman weaves a trippy and transcendent batch of psychedelic folk songs, recorded during the summer of 2014 in an old farmhouse in upstate New York. With the soft sighs of an acoustic guitar or the flourishes of a more restive electric guitar over minimalist percussion (from tambourine, shekeres or rainsticks), Scheurman’s high, creaky voice breathes its melodies, bending like branches in a soft breeze with an ethereal airiness.

The album can be a mind-expander, if you really sync-in with the spiritual intonations Scheurman’s laying down, but, more than anything, it has an interesting power to heal something in the listener, the un-tensing of a muscle you weren’t aware you’d been flexing; a healing of the harm done by myriad complications and distractions dumped upon anyone in this digital age.

As we conclude our interview, we ask Scheurman about the Kickstarter campaign he’d begun one year ago, subsequently funded to facilitate the requirements for recording and promoting True Prayer.

Can you talk about the support you received through the Kickstarter campaign?

The value of (a) community is that when people come together and support a vision, they can move a lot of things and create a lot of change in a very short amount of time. Crowdfunding is just one example of how this can work. I saw it with the Kickstarter campaign (for True Prayer).

Maybe some folks misunderstand the intentions, but for those who already resonate, there is no question. It's an obvious reaction to want to offer support to something that resonates with your own vision. I think Kickstarter worked well for my record because I was making something that was openly spiritual and positive, which is the opposite of the majority of indie music. Nevertheless, it goes to show, there is, in fact, a community who are resonating with this new paradigm and who want to see more artists that are sharing from similar perspectives having a voice too.

In 2010, you moved away from the Michigan music scene where you started and settled around Brooklyn. This album was supported by friends and fans and eventually wound up featuring musicians like Kyp Malone and Will Oldham. Can you talk about the trickier topic of scenes, or music communities, and your experience moving through both Detroit and Brooklyn?

Detroit has always had a really strong community artistically speaking, probably one of the strongest I've seen anywhere.  And, in my opinion, there are no better songwriters or performers than Detroiters. Whenever I get a chance to visit and see someone playing music there I feel really good because there's always this real deep soul in everything coming from a place that sort of automatically and organically supports that type of expression on some level.

I think, musically speaking, Detroit has a lot to do with why I feel comfortable in the grit and grain of lo-fi recording. Also, Detroiters are really hard on each other. The scene can be highly judgmental, which isn't necessarily a bad thing if you're trying to master something about a sound. At the same time, all of that has helped me become more comfortable in accepting who I am as an artist—imperfect, self taught, a little rough around the edges, but at least, authentic.

As for New York, I’ve always been a little intimidated here. I never really dove into the music scene too much. I spent most of my time building a place for people to gather in, perhaps, a healthier way (via The Golden Drum Community building). I also spent a lot of time playing ceremonial music and learning traditional healing songs, mantras and icaros, which, True Prayer’s songs are entirely inspired by that type of work.

Tell us more about the process and experience of recording True Prayer.

I wanted to record with Warren Defever (His Name Is Alive) but he didn’t have time. Recording this album was actually a huge challenge for me because it was the first time I didn’t have an engineer or anyone really assisting in the actual process. I made sure to remain conscious of the title and the intention behind the record the whole time so I kept a very disciplined daily practice of yoga, meditation and prayer throughout the process. The where I tracked the songs was really beautiful and looked out onto rolling hills bordered by forest with windows facing south and west.

The second half of tracking was in the Catskill mountain home where I currently live, overlooking a lake that I’d row in every morning. This is where the band Young Magic lives and record. I played a show with Melati (Malay) when I first moved to Brooklyn and we’d been friends ever since. Adam (Wills) from Bear In Heaven is an old friend I know from Ayahuasca ceremonies we’d both attended. Ben Bromley from NewVillager helped record a Ka single that never got released and I asked him to assist with a couple tracks. Kyp Malone (TV On The Radio) is someone I’d met at Avalon in Detroit. We had been meaning to make more music together for a while and I eventually bumped into him on the street and asked him to sing on the record.

Will Oldham (Bonnie “Prince” Billy) is someone I first met in a dream. Two days later I met him after one of his NYC concerts. He was already a fan of Ka, as (Oldham) is just a huge supporter of music in general and a really great guy, all around. He actually looked at me that night and asked me if I was making any new music. I walked around the question but he just penetrated right through me and said ‘You should be making music, putting out records prolifically.” Honestly, it was a life changing moment and really gave me the fuel to start making this record. The record also features other musicians like Luke Schram who also played trombone on Old Patterns, Mike Fisher and Amanda Capobianco who I worked closely with in the Golden Drum community and my partner Indy who sang on “Rainbow In The Night.”

Can you talk about the delicate process of translating these songs to a live setting and the opportunity you then have to intimately engage with the listener and transmit the messages of the entire musical arrangement?

I have no idea what the future holds and if it will bring my voice to a larger audience or not. I don't mind playing for small groups of people, 5, 10, 40, 50. I'm not trying to be a rock star.

I always incorporate a ceremonial container whether I'm playing in a yoga studio, a cafe, or a bar.  I try to keep things fluid, not to overthink, so as to feel the energy of the room and see what is needed based on the diagnosis.  If the room needs conversation I'll engage… If it needs uninterrupted sound, I'll try my best to go that route… But, I'm also available and happy to have a dialogue.  I'm only doing any of this to share what has been given to me to share.