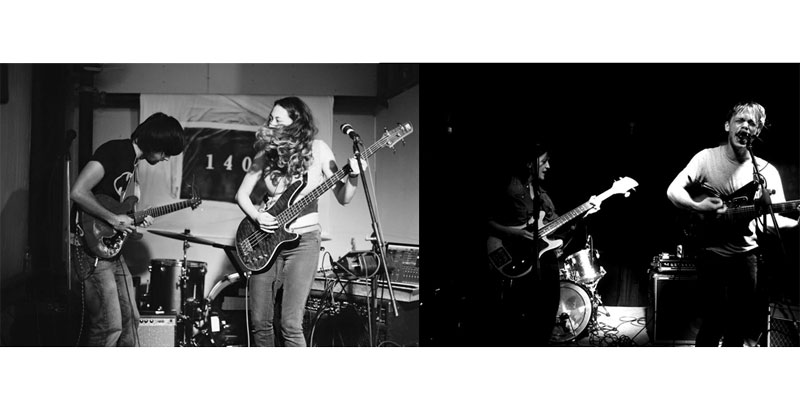 Aren’t finals coming up? Bah…!! If you’re here reading this, then clearly you’re concerned with less productive and more voluminous uses of your time. In fact, the Blind Pig has just the thing for that; they regularly host local showcases on Thursday evenings, providing a great way to kick off the weekend. That’s where we start with this column….a show tonight with locals Pocket Candies and Pocket Radio.

Ann Arbor based Pocket Candies made that one record that proved to be my own biggest blindspot of 2015; Caves should have, without a doubt, been on my own best of list.  I’ve been finding more and more bands that are creatively defying the typical categorical boundaries of psychedelia and just making perfectly enticing and sublime weirdness, albeit through a deliciously fuzzified rock format.

Moving from the hazy-wavy vibes of Pocket Candies, we go into the more wiry, frenetic funk of After Hours Radio. This group, coming up from Chicago, recorded their 2015 EP here in Ann Arbor.

Head out tonight to the Pig and catch baroque-pop/folk-rock outfit Willa Rae & The Minor Arcana and the piquant punk-jazz hybrids of Nature’s Garbage.

Am I going to sound old if I remind you, once again, of the vitality of Nirvana’s music? I mean, throw out the whole vapid and lucrative coopting of the grunge aesthetic into corporate megamalls. Throw out the fact that everyone thinks Kurt Cobain was a genius. I’m not here to re-preach everything. I’m just here to remind you to put on a Nirvana record, again, when you get home today. Dig into the quintessential murk and buzzsaw waywardness of In Utero or pillar shaking defiance of Nevermind. What shouldn’t be forgotten is how many local musicians were drawn to the energy of this Seattle trio. Here’s Detroit-based electronica-composer and singer/songwriter Greg Aubry (of Analog Lights) performing “Something In The Way.”

My point is, local musicians are aligning for the 7th year in a row to pay tribute to Nirvana and I think it’d be a helluva night for you.

Local Washtenawians (…is that a word?…) will be playing in Detroit on Saturday. Avant-rock/art-pop collective March of the Ant will be on a lineup with indie-rock reelers the Landmarks. The latter is returning from an east coast tour, while the former just released one of the more provocative and dynamic albums I’ve heard in a while, Hope Lies With A Sweet Goodbye.

You can see them at the Phoenix Café, just a couple miles north of Detroit proper, with the atmospheric folk stylings of Lansing-based Hailey Wojcik

I was talking earlier about Pocket Candies defying my expectations of psychedelia; while Bonny Doon does that for lo-fi folk-punk. It’s easy to draw the line back to Fred Thomas as a key influential progenitor, mostly because said quirk-pop auteur helped out recording the Detroit group’s lovely languorous EP Classical Days and Jazzy Nights in Ann Arbor, last year.

But there’s something else going on with Bonny Doon. Pulse-steadying, ultra-pretty, mellow/vague vibrancy, with a sharp incisor cutting in here or there to liven things up as you traipse down the seafoam-laden beachsides.

You can see Bonny Doon with locals Human Skull and Bloomington’s Purple 7 at the Elk’s Pratt Lodge this Saturday.

Thanks again for checking in. We do our best to find where it’s at, whatever it may be. Until next week…