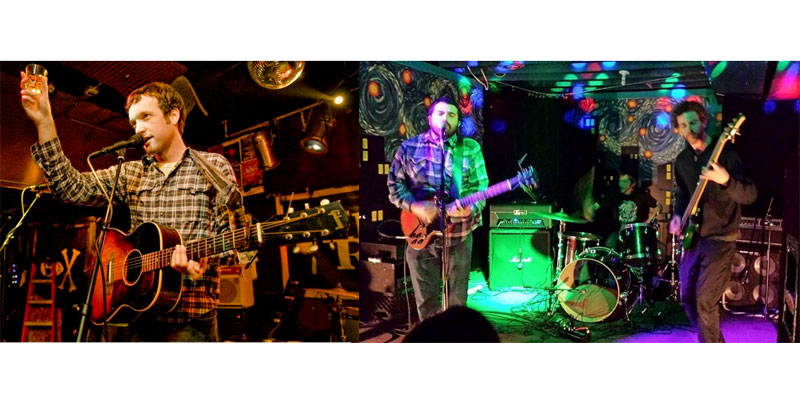 We’re getting to that dreadful point of the year. The optimists among you assure you spring is just a few weeks away, but all you see is an abyss of frost and all you feel is an arctic chill of defeat and disenchantment.

Last weekend, in fact, I was just having a conversation with Linda Ann Jordan from Best Exes about how this time of year, in fact, likely, this very week, is probably the most vital time for you to maintain at least enough motivation to get your static self out of your house or apartment and down to a venue, surrounded by music lovers, where you can, hopefully…dance. I mean, whether it’s punk rock or maybe even part of the film festival dedicated to Laura Dern, I think Linda and I would advise dancing for its therapeutic benefits nevertheless.

That said, there’s a busy weekend ahead of us, filled with optimism-bolstering activities.

Ann Arbor’s itinerant indie-rock poet Scott Sellwood is having a homecoming tour, of sorts. The leader of Drunken Barn Dance (which features AA/Ypsi regulars like Jim Roll, Greg McIntosh, and Scott Deroche) just released his latest EP, Big Bend, via Quite Scientific Records. The band, specializing in spaced-out, adrenaline-juiced college rock riff-outs and heart-string snapping Americana ballads, got started right in our backyard about nine years ago. Sellwood, who moved a few years ago out to California (and then wound up in New York) still considers, and likely forever will consider, himself to be 100% Michigander.

DBD’s single, “Churches,” pays poignant homage to his origins, calling out members of The Great Lakes Myth Society and Frontier Ruckus along with Matt Jones and Chris Bathgate. Fred Thomas also gets some love in the lyrics; Sellwood is a former member of Saturday Looks Good To Me. Sidenote; Thomas other collaborator from City Center, Ryan Howard, rounds out DBD… That’s a lot of backstory to take in; just listen and enjoy…

I always look forward to this 2-day Hamtramck-hosted festival because it celebrates the wilder, woollier, weirder (and louder) pockets of the rock scene. This party, always spearheaded by Ann Arbor-favorites The Amino Acids, brings together a number of bands (like Ypsi’s Disinformants), who don’t quite fit into punk’s shambolic slop, nor do they identify with metal’s melodramatic-doom-and-gloom; if anything, it’s a more provocative and often pugnacious kind of art-pop, maybe even performance-art-styled rock. Lotta characters on this lineup, I’ll tell ya…

So, Detroit/Flint-based Olaniran is performing at the Blind Pig on Sunday evening, but what about the local act on the lineup? Pocket Candies released an understated epic of an album just before last Halloween; a blend of ambient-pop, stark baroque, jet-set indie-shreds and theatrical space-rock marvels… And a bit of electronica-piano-balladry for garnish. But you don’t need my purple adjectives to guide you, just LISTEN….

One of my new favorites, Blood Stone, are part of an excellent line-up of post-millennial/post-post-punk acts at the UFO Factory in Detroit, with Feelings, The Funs and AM People—Friday.

Stef Chura, Best Exes, INK., and True Blue are performing at The Getup Vintage on Sunday at 6 PM

And, the Dreamland Theater is hosting a charming weekend-long film festival devoted to Laura Dern