EMU’s T.R.I.B.E is taking over 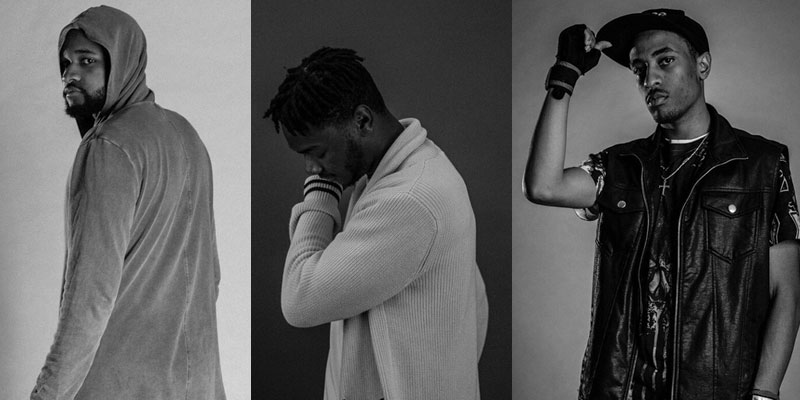 Teaching, remembering, inspiring, and being explosive. These are the words that make up the acronym T.R.I.B.E, an ever growing media group comprised of students at Eastern Michigan University.

Led by Christopher "Ace The Renegade" Asaka, a rapper/dancer/pianist, and Vice President Tracy "Zulu" Buggs, T.R.I.B.E has become one of the marquee groups across every open mic throughout the Ann Arbor/Ypsi region. This talented group has even gained national attention, by competing in the primetime television program,  "So You Think You Can Dance."

"I started T.R.I.B.E in North Carolina; it was trial and error. After I tried it once or twice, I came back up here,” said Asaka. “I ran into Zu (Buggs), saw his hustle, and introduced the concept to him and we started to build from there based off word of mouth and hustle.”

Consisting of singers, producers, rappers, musicians, photographers, poets, and dancers, T.R.I.B.E has more than 15 members. Each member participates in an open mic or talent show on a weekly basis.

"The only reason we're so fond of open mics is that you don't get the huge crowd; there's this intimate setting. It's so welcoming,” said Asaka. "It's also our hunting grounds. It's where we practice connecting with the crowd and [it] allows us to turn the largest crowd into an intimate setting. It's definitely an art form."

With members participating in all forms of media and entertainment, it is no surprise that individuals within the group are affiliated with multiple organizations around the EMU campus. With all this collective experience and talent running through its veins, T.R.I.B.E wants to become more than just a talented group of individuals. "We're trying to become a media mogul, and not really a label,” said T.R.I.B.E member Armani Maxey. We want talented people like that so we can connect."

Only within its second year of development, T.R.I.B.E has already taken over the EMU talent show landscape. Members have placed and won several shows and various prizes, including EMU's annual Martin Luther King talent show, in which T.R.I.B.E member, Tom "T-Trace" Tracer walked away with top honors.

EMU's annual MLK talent show is one of the university’s biggest events. However Tracer, a rapper/singer from Chicago, viewed the talent show with a crowd of more than 2,000 people as nothing more than practice. This sense of confidence comes from T.R.I.B.E's “perform at all costs” policy, which ultimately helped the EMU senior bring out his best performance and walk away with a victory.

"We expect domination. I understand that there's a humbleness to us, but at the end of the day we are competitors,” said Asaka. "There's a certain essence that we bring amongst ourselves that we don't see amongst the lanes in which we travel. There's certain people who rap that aren't as convincing as myself, or T-Trace. I feel like at this point, you're either going to be inspired or intimidated."

The group explains that they have bigger plans than open mics, as they’re looking to become involved in all forms of media and entertainment. Asaka has been flirting with this idea since his appearance on "So You Think You Can Dance" alongside his group Blackout Crew, a branch-off of T.R.I.B.E.

"The key has been to keep pushing until we've been noticed,” said Maxey. "The goal has been networking like there's no tomorrow. Basically just pushing ourselves."

The group has begun plans to start hosting their very own performances, with a show planned for March 10th at Crossroads Bar and Grill, 517 W. Cross St., Ypsilanti. Along with their March 10th concert, they are also planning a bigger concert in June which is set to feature "very well-known artists,” according to Asaka.