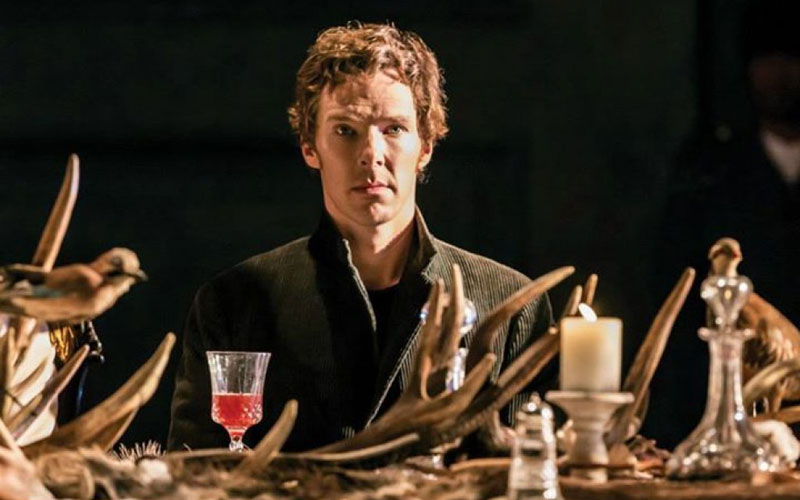 In partnership with National Theatre Live, a groundbreaking effort that captures performances on the London stage and broadcasts them all over the world, the Michigan Theater plays host, once again, to Hamlet. This well-rounded remake stuck to its guns, producing a one-of-a-kind adventure that both repeat fans and newcomers can equally enjoy.

Incorporating modernity into the well-known classic, this performance boasts a great combination of dramatic flair paired with perfectly timed humor. Viewers willing to work through the Shakespearean language barrier have a perfect opportunity to get comfortable with Shakespeare.

Directed by Lyndsey Turner, the production takes the timeless classic and works hard to focus audiences on the beauty within the play. Turner creates an inviting environment,  enticing audiences with the stage design and the engaging character development throughout the show.

Sparing the spoilers (although really, the play is only over 400 years old), Hamlet takes place during dark times in the kingdom of Denmark, and the stage elements display the grittiness of the setting with rubble scattered across the stage.

Actor placement portends the dark undercurrent running throughout which Turner illustrates at the end of the first act with a thunderous speech by Hamlet’s sinister uncle, Claudius. Occupying an empty stage and requesting the death of Hamlet, Claudius, played by Ciaran Hinds, depicts a loneliness which permeates the performance.

Benedict Cumberbatch stars in the titular role with modern sensibilities (in addition to modern clothing), bringing Hamlet to life as the single bright star throughout the show, continually commanding everyone’s attention.

While veteran actors Jim Norton and Sian Brooke also shine in supporting roles, Cumberbatch steals the show, thanks to a host of monologues that provide insight into his innermost thoughts as he unravels the mystery of his father’s death.

It’s hard to think of Hamlet as a comedy, but in this production, there’s enough wit to go around.
Cumberbatch’s Hamlet displays a balance between emotionally unbalanced and downright funny, and in the end he perfectly executes the role of  a man struggling with a moral dilemma.

Even if you’ve enjoyed this play countless times, Turner’s direction truly turns this classic into an experience well beyond just another rendition. If you have yet to see the broadcast, fans of Shakespeare and modern theatre alike are sure to enjoy themselves.