Frances Master has been living inside of these three songs pretty intensely for the last year. She had written and released other works in the past but took them down because she saw them more as experimentations to further hone her (self-taught) production sensibilities. This EP, then, feels like a true debut in that sense. “Geniza” is a Hebrew word for a storage box for old documents and archives that are too old or fragile to be handled but they’re too sacred to ever be disposed of. “This E.P. felt like a storage box of things that are informative to me and who I am as a human being, but things that I didn’t need to be immediately accessible anymore.”

There’s something about a piano in general, and particularly about a singular voice such as Master’s, that would immediately and inevitably invite adjectives like intimate, tender, poignant, cathartic, calming… Master isn’t trying to make any listener cry, but “..I feel like they can relate to how vulnerable I’m being.” When she lists off her influences, from Nina Simone to Joni Mitchell, to Carol King, to Sara Bareilles, and even SZA, she adds that “..the best thing you can do is tell people, in a song, what’s wrong and be open about what’s hard for you, and that’s how people can respond to it.” 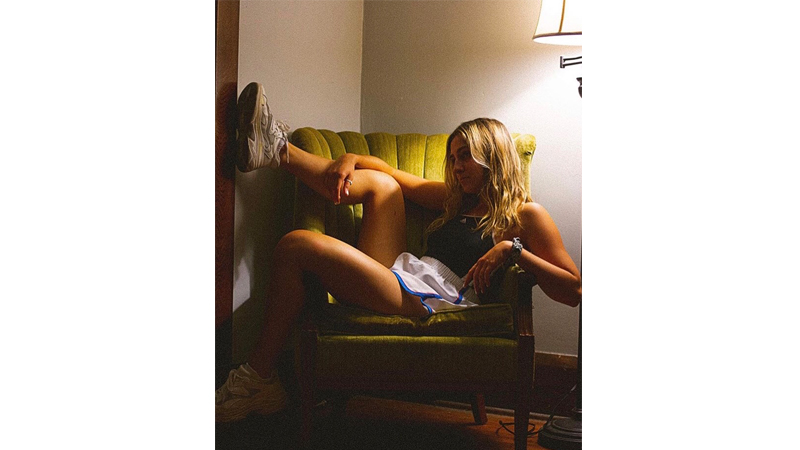 The production on her new E.P. aurally evokes a sense of intimacy not only because of the earnest way in which she unpacks emotions and experiences in rhyme and melody, but also because the music sets the kind of tone one would expect for a bit of a hideaway setting, be it in one’s room, in one’s car, or, perhaps…a basement. There may be imprints on the final songs leftover from the manner in which Master became engaged with not only the lyrical subject matter but also honing her sensibility for arrangements. “I would always sneak into classrooms in the University (U-M School of Music) where there were pianos. One day, after a really hard day, I went in the evening and started playing and wrote (“Traces of You” & “Breathe Easy”) almost in that one night.”

That genesis, of stealing moments inside empty classrooms in the evenings, as well as the way in which lyrics kind of come to her very suddenly in the midst of her day, wherever she is, creates the sense that these songs were almost “found” in a way, rather than created, in a conventional sense. And that only adds to the intimacy.

For now, Master is planning on performing this and other material at shows around town but is taking a break from writing at the moment. She’s also kept busy by her role as one of the event planners for The CoOp community-centric music venue in Openfloor studios. Find more of her music on Spotify.