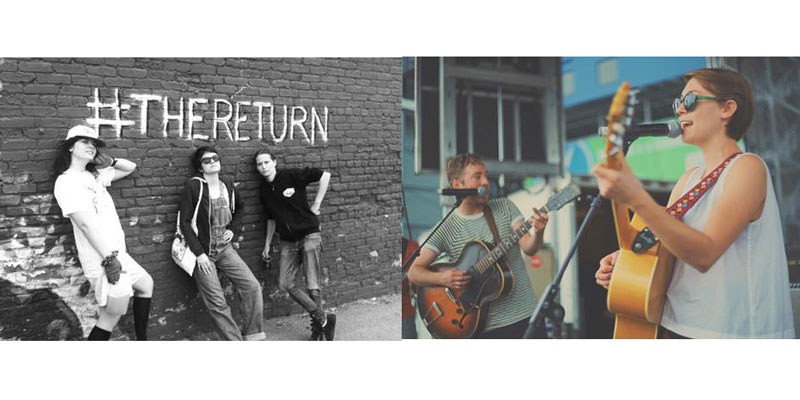 As a music writer at Current, I’d been keeping a weekly online column, or, really, more of a digest, collecting the info on all the coolest events coming up on a given weekend. It was a thing, for a bit, during the earlier part of the year; maybe you remember it. But then, maybe you have no idea what I’m talking about and you prefer that I just get to the point already. Either way: Weekly What’s Up’s are back!

Let’s jump right into it.

Grand Rapids-based folk-rock innovators The Crane Wives will be over in Ferndale with Ann Arbor’s adopted indie-folk-laureate Chris Bathgate for a holiday-themed beer party thrown by One Eyed Betty’s. FestivAle is an opportunity to sample some of the premier Christmas beers from local microbreweries. It’s also a time to snack on some scrumptious cold weather culinary delights. For the purposes of the Weekly What’s Up, however, it’s underlined as an opportunity not only to see Bathgate and The Crane Wives, but to see Michig Woven Tanglean’s own The Voice finalist Joshua Davis perform. Also on the bill, up-and-coming twang-rock outfits (from Ferndale), Detroit guitarist/singer Jason Dennie, Traverse City based folk trio The Accidentals and some local boys via Rollie Tussing & the Midwest Territory Band (video below).

Ypsi/A2 readers, it’d be worth a drive to swing over to Ferndale on Saturday. I mean, if I haven’t enticed you enough with the beer festival, then maybe I can bend your ear regarding Echo Fest. This six-year-old round-up of psychedelic-rock, shoegaze, and dream-pop experimentalists has fostered a community of FX-lovers, distortion, echo, reverb, delay, fuzz, and all kinds of altered states and transcendentally detached guitar dissertations. The festival was founded by Ypsi/Detroit-based trio Sisters of Your Sunshine Vapor and also features notable locals like 800beloved, Mexican Knives and Ypsi’s own Wayne Woodward, warping some 3D visuals.

Ypsi/Arbor indie-rock/anti-pop trio Rebel Kind have a big gig this Sunday in Detroit opening for acclaimed avant-folk/drone-rock specialist U.S. Girls (songwriter/performer Meghan Remy). Rebel Kind was born from the songwriting of Autumn Wetli, pairing her pretty yet plaintive voice and knack for buoyant melodies with the versatile surf-punk inclined rhythm section of Shelley Salant and Amber Fellows. The Moonwalks, a Detroit-based up and coming psych-pop quartet who just put out their first full length album, will also perform, with DJ Sisterannna spinning songs between bands.

Rebel Kind – “You Are Free”

This is the second time Chris Bathgate has appeared on our list but this time it’s for a great cause: Food Gatherers is the Food Rescue and Food Bank Program serving Washtenaw County and “Take A Chance Tuesday” is a chance to enter the Ark FREE with a canned food donation. Bathgate will start the evening solo, playing some of his trippier, loop-centric sides of guitar psychedelia, then switch to some of his formal folk-rock arrangements, (the Salt Year stuff, perhaps) along with a support set from the dynamic electro-folk/dance-rock quartet The Go Rounds (coming from Kalamazoo), bolstered by a full horn and string section.

Frontier Ruckus are having one of their rare homecoming shows in Detroit on Thanksgiving Eve. They’ve been blowing the minds of some of the hippest tastemakers, be they bloggers or zinesters, since they debuted back in 2008. Four albums in, they’ve made a head-spinning amount of Americana opuses, rich with ruminative and resplendent folk balladry, baroque-styled instrumentations and quirkier ambient twangs and sighs from banjos, singing saws, and melodicas. The mere opening riffs of Dark Autumn Hour alone can be enough to twinge the tear ducts. The setlist may include material from their forthcoming fifth LP, which, I can vouch for, is possibly their most eclectic and confident-sounding batch of arrangements to date. Read more on that album here. Bonny Doon and El Dee will be opening up the show.