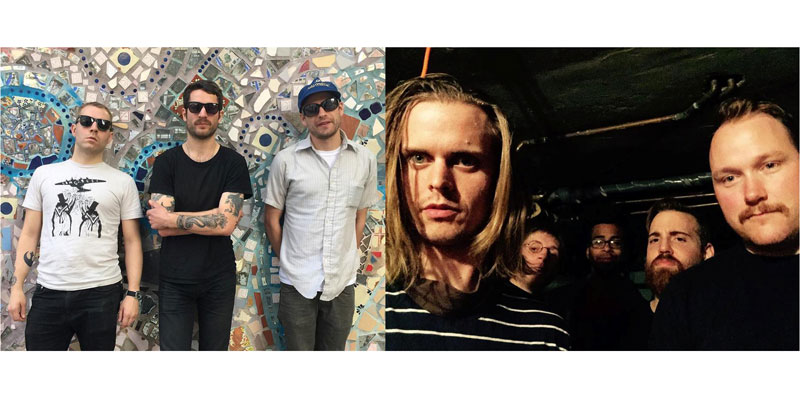 This is awkward. You may already be partied-out. It’s not like you’re logging in on Turkey Day to see where some action is because you’re probably more attracted to the idea of an early bedtime after a shame-inducing ingestion of a variety of casseroles and some cheap red wine. Be that as it may, it’s still the responsibility of the Weekly What’s Up to remind you, good reader, that there’s plenty of live music perched upon the calendar, waiting for you, just like those leftovers are waiting for you in the fridge. Are you over Thanksgiving, yet? Are you already worn down by the Holiday histrionics? Maybe a good a concert — no, a great concert — could help ease your exasperation.

This is the epic, life-affirming, genre-splicing pop project of singer/songwriter Jax Anderson. The band has been evolving over the last five years, starting from a souped-up dance-rock sound and blending elements of cinematic spaghetti westerns in with straight up synth-pop balladry. Their latest, Small Victories, was produced in a repurposed Church under the shadow of the formerly ghostly Michigan Central Station. The songs are as invigorating and empowering as they are tear-jerking; Anderson wrote these potent and poignant lyrics after her mother, her greatest supporter and fan, passed away in 2013. With the production of her brother Seth, a maestro in the realm of hip-hop/electronica, they created a record of propulsive pop jams that can be heavy and reflective, but also just pure fun. I can attest from very recent experience, the live presentation of these songs is just as moving as the record.

You also get to see Ypsi’ own The Landmarks (who just released their own record, before Thanksgiving). Let’s listen to one of their latest tracks:

I know a band named Human Skull suggests something brutal, something metal. It’s not really that, though I would say that they approach their songs with impressive intensity. Imagine more of a Minutemen-esque punk, guitar-centric without going too full bore into surfy terrain yet also avoiding indulgent J. Mascis soloing. There’s subtle shades of twang and a bit of surfy froth going on but not entirely psyche-rock. I know I’ve been extremely coy with the description of their music, but if anything I’ve said triggered any catapults of nostalgia in your brain, then I encourage you to check them out. They’ll seem eerily familiar, eerily intense, and really not at all that eerie. Just awesome.

Spelling, meanwhile, will also defy genre categorization; a minimalist avant-folk duo with guitars and sparse electronic and acoustic percussion. Ritual Howls come from Detroit with a mutated reformation of industrial, no-wave, dark-as-hell post punk and caustic electronica. I assure you, it will be a groovy evening. DJ Charles Trees will be spinning between sets, joined by DJ Dick Jones (of Loose Joints) and DJ Ryan Spencer (of Jamaican Queens).