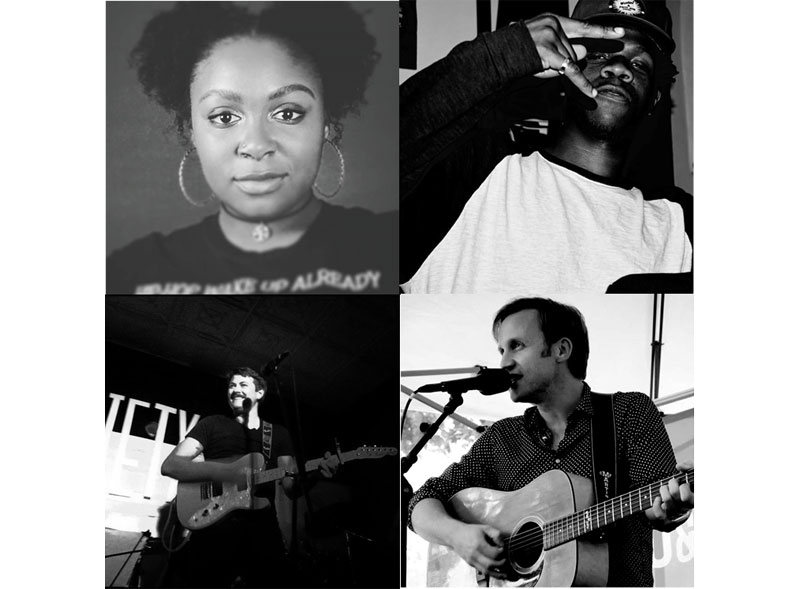 March has had a rough start. With powerful winds, knocked out power for so many right as the clocks jostled our circadian rhythm for daylights’ savings, and then…snow! Snow, chilly temperatures, ice and all of the classic winter woes that we all should come to expect from living in Michigan, but still reserve every right to gripe about.

Current is here with solace for stuff like this; a sanctuary where you can let off some steam. That’s where this weekend’s set of shows come in to play.

Friday Night:
Mack Delfino Agencies is a community-focused company that works with local businesses and talent, expanding the promotion of those clients to a nationwide audience.  I chatted with MDA CEO Bryan Roberts about an upcoming showcase they have planned at Crossroads featuring King Milo, Qween Lou, Louis Picasso, Asaka The Renegade and Fellie The Mage. What’s certain, from that lineup, is that MDA has already aligned with some of the most dynamic and energetic performers in our local scene, specializing in hip-hop, R&B, rap and electronica. But Roberts is also working to help artists with marketing, brand building and the ever-confounding social-media management.

Let’s listen to one of Qween Louie’s latest…

The upcoming showcase features some prolific talents in hip-hop and rap, like Asaka The Renegade, Fellie The Mage, and other dynamos recently featured through Current, such as King Milo  (who will be joined by the Nap Squad), and Louis Picasso (who you can read about in April’s print edition).

MDA and Roberts, based in Ypsilanti have projects in the works including a Los Angeles performance for Qween Louie, a photoshoot for Pharo Apparel, and possibly getting one of Asaka The Renegade’s songs onto the soundtrack for STARZ tv show Power. While this will be an excellent showcase for local talent, it’s also a chance for anyone eager to learn more about MDA, meet Roberts and chat about the company’s future plans.

Saturday Night
Little Traps is part of the next wave of great, rustic, and resplendent folk & Americana coming out of the Arbor/Ypsi area. Songwriter Nick Bertsos leads on vocals and guitar, with Annie Palmer on banjo (and Jessiah Hall on drums). The strumming is fiery, the vocals are warble of raspy twangs and impassioned trills; the melodies are breezy…and the lyrics can punch in you in the gut or sweetly pluck your heartstrings, depending on which side of the chorus, sometimes. You can listen to their live set on WCBN from last year if you click this link.

Little Traps are opening up for a special concert at Ann Arbor Distilling Co., headlined by Timothy Monger. Amber Lantern is the latest album from the acclaimed Michigan singer/songwriter, and Current readers got to hear the story behind the album in February’s print edition. Monger’s voice and music has this simmering of existential mulling and meditation, the evocation of an oh so recently quelled angst that’s radiant, now with a newly refurbished raison d’etre. I mean, you can hear it for yourself with Monger’s newest single “Grey’s End.”

This could be one of those shows that starts out chill, but winds up churning up into something downright revelatory!