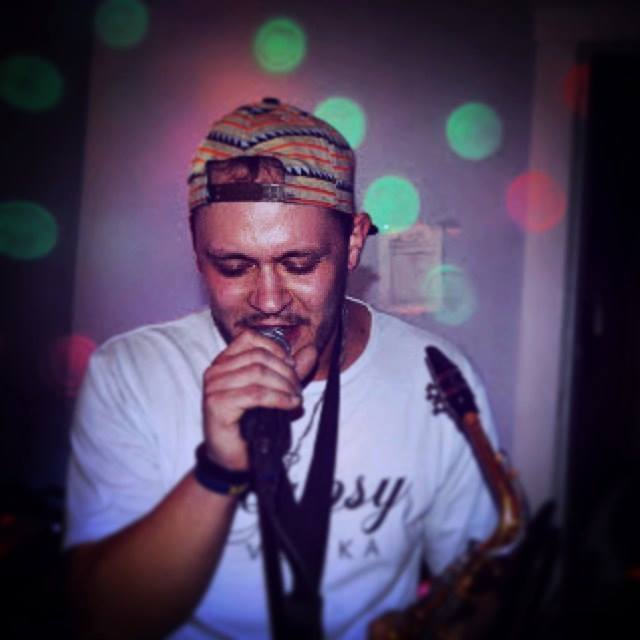 The music of Gyp$y can be an outlier, or a chameleon; it is a composite of several genres at once, and because of that it can fit with a broad range of lineups. While Ann Arbor based producer Johnny Malek may be melding several things at once, R&B, soul, funk, hip-hop, house music, “…a unique twist of psychedelic bass,” as well as an atmospheric saxophone adornment, the common current throughout is emotion. Music is a salve for the wear and tear of the human experience, and Malek is tapping into several relatable sensibilities around struggle, perseverance and self-esteem, as well as an appreciation community.

What I can’t put into words is the way in which his instrumental songs like “Follow Me” and “Don’t Give Up,” effectively tell that story, like a silent movie, or an emphatic facial expression, free of words, it’s the music, just the music, that can speak volumes.

Gyp$y came on my radar a month ago when he performed with Chirp and Stormy Chromer for a sold out NYE show at the Blind Pig. But Malek has been making music since 2011, and has been in Ann Arbor for almost four years. Before breaking into regular venues, Gyp$y was a staple amid the Co-Op house party scene. The Blind Pig, he admits, “is a long way from the basements” where he started out.

You can see Gyp$y this Friday at Club Above in Ann Arbor, with Jena Irene Asciutto, Aareus Jones, Brown Bear, Tetra, and OSC, part of a collaborative production with Northern Threat Entertainment, Holo Undefined, and Mad Mikes Visuals. MORE INFO

This weekend’s show is an opportunity to become better acquainted with a collective of musicians who are similarly pushing those boundaries of electronica and soul, be it the singer/songwriter piano styles of Asciutto, the turntablism of Northern Threat, or the funky “jamtronica” of Tetra. Malek’s Gyp$y Music Collective blends downtempo soul vibes with hip-hop beats, live vocals/live guitar and drum pads.

So yeah… it isn’t just hip-hop, it isn’t just soul, or just funk. It isn’t rock or pop. It’s more amorphous than that…something that spills past borders—which is why he’s found chemistry with the electronic and jam-band scenes.

Malek’s got an ear for the evocative – arranging meticulous tones and intonations from a range of instrumental sources as a means of manifesting an expansive story, or even just a heat-of-the-moment emotion. It can be distinct, but it doesn’t have to be. It can be meditative with multiple applications, or it can be something, hopefully, that’s just what you need to hear at that point in the night, at that point in your life.

Click here for info on the Club Above show.
More info: https://soundcloud.com/djgypsyy/