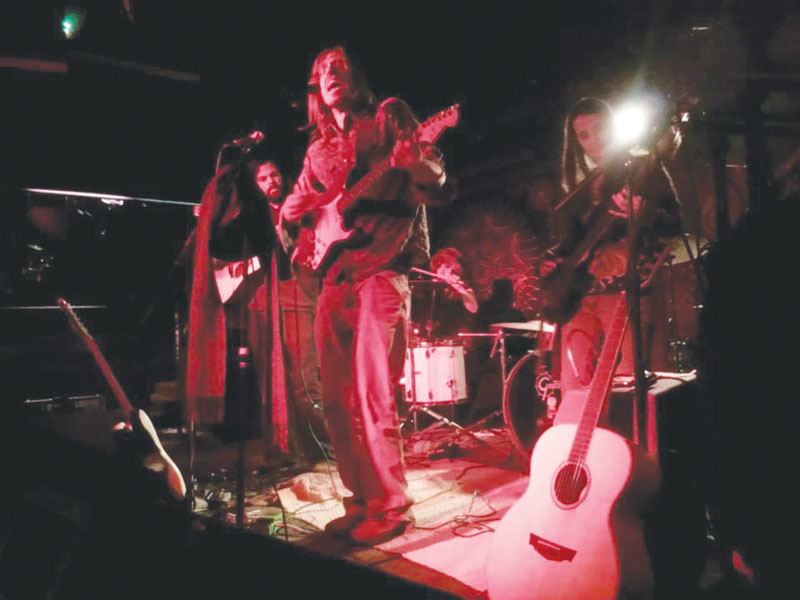 This is the fourth year in a row the local singer/songwriter has curated an underground-style response to the now-overblown Bonnaroo festival in Manchester, Tennessee, giving Southeast Michigan its own festival: YpsiArboroo.

Known by some as “Chewy,” Anderson heads his own record label called Intellect and plays in a 60s-styled psych-folk collective called The Vagrant Symphony.

Anderson has had a community of musicians and music lovers alike rallying behind YpsiArboroo  – now more than 50 acts playing venues across town. “I couldn’t have imagined it,” Anderson said.

The main festival kicks off on Thursday, June 4th in the late afternoon at the Gazebo in Riverside Park in Ypsilanti and then moves to the Canada House on Olive St. But this year, inspired by the First Fridays’ initiative to unite local talent with local businesses, he’s teamed up with Beezy’s Café, The Ugly Mug, and Bona Sera Café—each playing host to performances throughout the weekend.

Similar to Bonnaroo’s approach, Anderson presents a multifaceted, scene-bridging array of talent—not just music, but visual art as well. So, along with music performances from local bands like Wych Elm, March of the Ant, Nina & The Buffalo Riders and Junglefowl, attendees can view chalk art by Brian Little and see live art performances (amid concerts at certain venues) by drumman Muruga Booker and Moon Mum.

Coppola commended Anderson’s enthusiasm. “He’s incredibly welcoming of all bands and musical genres; he always has a huge grin on his face, and just loves being in the scene. He’s a true Ypsilanti character.”

Planning and organizing the festival each year is always overwhelming, but somehow, he said, it always winds up coming together. “It’s wild,” Anderson said. “I love it. It’s like a party, but planned out, and yet, still fluid. We’re big on open mic crowds, too. We have two open mic sets this year and also some Tribute Bands.”

An open-mic show, which is where Anderson first cut his teeth, implies an all-are-welcome kinda vibe, where everyone gets their chance. In a word: YpsiArboroo.