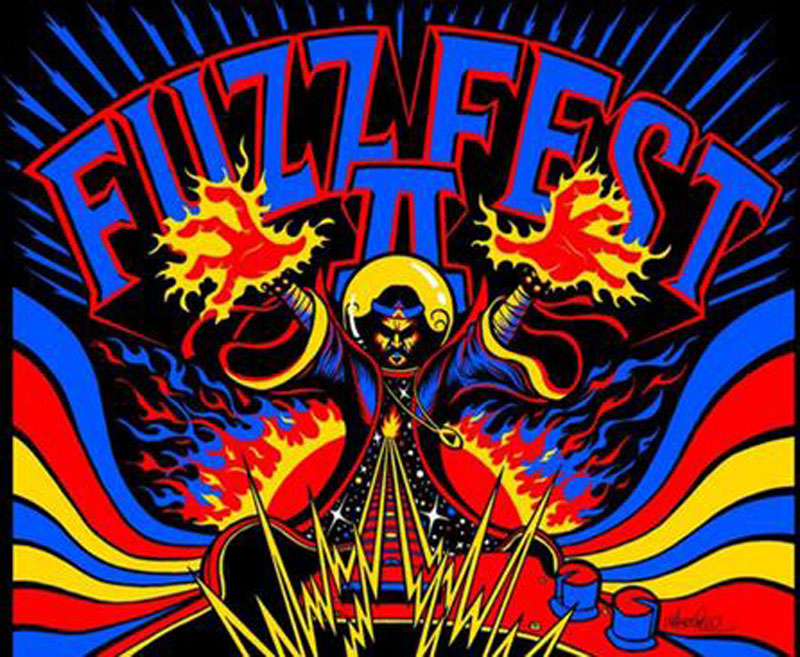 Fuzz is a sound, a musical note, an aesthetic. Fuzz is an integral element to the sound that abounds and resounds and rebounds… Fuzz fuels rock n’ roll.

Next weekend kicks off the 2nd annual Fuzz Fest, a three-day local music festival that celebrates the community and the culture of rock n’ roll. Presented by Jukebox Productions and Bang! Media and hosted at the Blind Pig (June 11-13), it features Wolf Eyes, The Amino Acids, Beast In The Field, Fred Thomas, Congress, Bison Machine and many more, including Human Skull (interviewed by this columnist earlier, here: https://bit.ly/1FlIJmd  ), and Blue Snaggletooth, fronted by singer/guitarist Chris Taylor.

Both Fuzz Fests were conceived and curated by Taylor to celebrate Michigan Rock n’ Roll. He saw a need for a festival of this magnitude not merely because the vibrancy of rock risks getting washed over by a wave of trendier new genre-hybrids, but because it’s not going to get any leg-up from radio stations anymore in this age of stream-happy Internet shufflers. “There really are loud, sweaty, swaggering rock bands laying out the big beat and cranking righteous jams,” Taylor said. “It ranges from blistering metal to fierce but educated indie-rock. You just need to know where to find ‘em.”

This year includes an even wider variety of rock acts, including more groups from the Detroit scene like PONYSHOW, 800beloved and Caveman Woodman & Bam Bam Moss. Yes, that’s frenetic indie-pop, shoegaze/bubblegum hybrids and skuzzy garage punk fitting in with drone-technicians, 70’s headbangable hard rock, spaced-out psyche-metal melees and everything in between…

“I wanted this year’s lineup to better reflect the different ends of the spectrum of the rock music scene,” Taylor said. “The more diverse the acts, the more people I hope to attract.”

“Still,” Taylor said, “the lineup only represents a fraction of what’s out there.” Taylor is enthused by the diversity of styles each respective band brings, a testament to the range of talent bred from the Michigan music community and its rock residents’ imaginative approaches to songwriting, production and performance. “I’m proud to be from such a hugely diverse music scene,” Taylor said.

Taylor said that the inaugural festival was a big success and attendees really dug the two-stage set up, allowing for little-to-no breaks between bands. It was, and continues to be, a lot of work, he admits. “It wouldn’t have ran so smoothly without the support of my good pal Jeremy wheeler and the Bang! Crew.”

Attendees, Taylor hopes, should find inspiration at Fuzz Fest II. “Rock ‘n’ roll music is still vital because it’s fun. And, with a little determination: anyone can do it.”