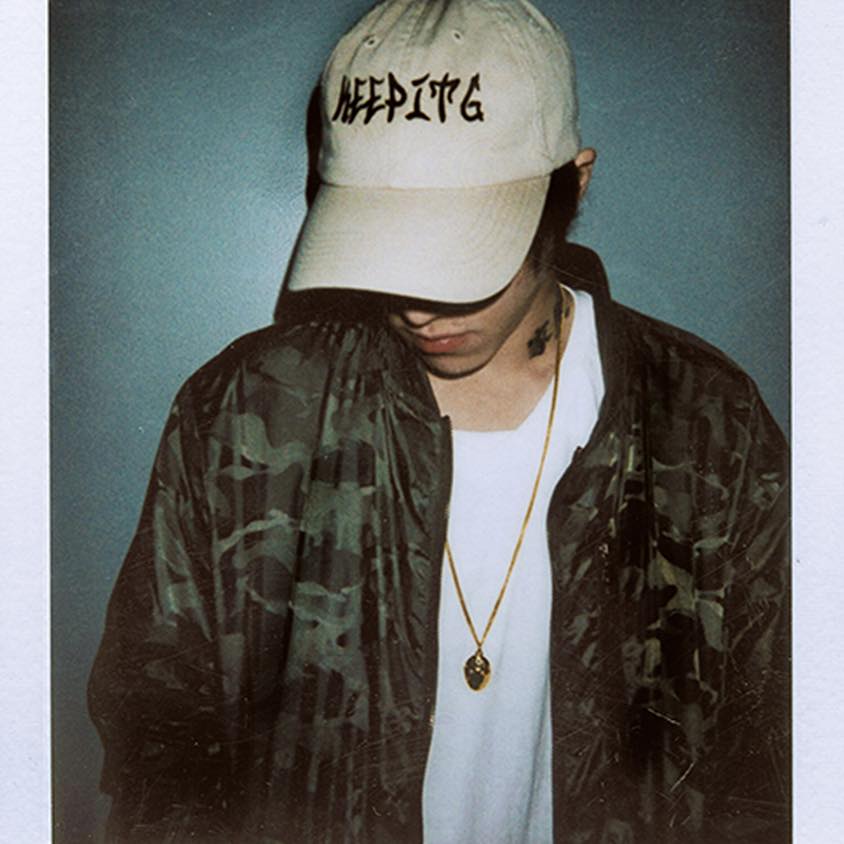 Ann Arbor based producer/drummer/beat-composer Dye Low has been making one new song every day of the year. It’s an astounding accomplishment, producing an entire composite of beats and mixing everything together within the span of a day… That’s one song balanced against your day job, your errands, your time for sleep, and whatever else he’s got going on… One song per day!

This wasn’t any kind of New Year’s Resolution for Dye Low; it was late into the winter of 2017 when he looked back and realized that he’d been achieving this production rate consistently since a starting date of Dec 16th…

“I’ve always been someone to set goals and push myself,” he said, “but I think I was sitting around with some of the other artists I manage for my record label (KeepitG) and someone said something about getting credit for things we already do. It was like a spark went off or something cause I was like: ‘’m gonna document me making a beat everyday for a year…!'”

Much of the hip-hop ethos is about determination, motivation, the hustle… And Dye Low said he wanted to put his money where his mouth was in that regard; rather than just saying he was the hardest working producer around, he wanted to simply be working the hardest… He also felt a calling, as the leader of the KeepitG collective/record label, to set an example. “The best way to get a point across is by consistently demonstrating excellence, keeping yourself accountable, and with leadership from the front lines.”

Dye Low’s monthly beat tapes are on his SoundCloud page, but he’s been starting to put them up on Spotify, iTunes and other platforms.

Dye Low is a musician (drums) and a Radio DJ, along with his evidently most engaging gig of beat production. He’s 10 days away from completing #365Beataday…

At first, it was entirely about the music, just pushing himself as though he were a Jedi Knight in training; learning new things and working on his music for longer periods. “When I started I had a old 40 pound tower computer from 2009 (laugh). I had to bring it everywhere to be able to make my beats and it was horrible!”

He’s made beats in cars, hotels and while he was hanging out with friends. And as he continued to work, day in and day out, he realized it wasn’t about music, per se, but really: dedication.

As he rolled through the spring and the summer, he started hoping it would set a tone within KeepitG, and it wound up working. “I am so proud of my team; it’s crazy what we have built and accomplished together, we’ve built a team of rappers, producers, DJs, photographers and videographers and everyone is working at there craft every single day…That’s probably what I feel is my biggest accomplishment with this, is inspiring the rest of my team to challenge themselves everyday.”

Another hope? Dye Low thinks that anyone reading this could take on something of their own that is an equivalent to #365Beataday’s scale. “I just want people to dedicate themselves to whatever there dream is every single day and put everything they have into it there mind body and soul, cause it’s hard out here and things don’t always come easy but hard work well always beat talent….”