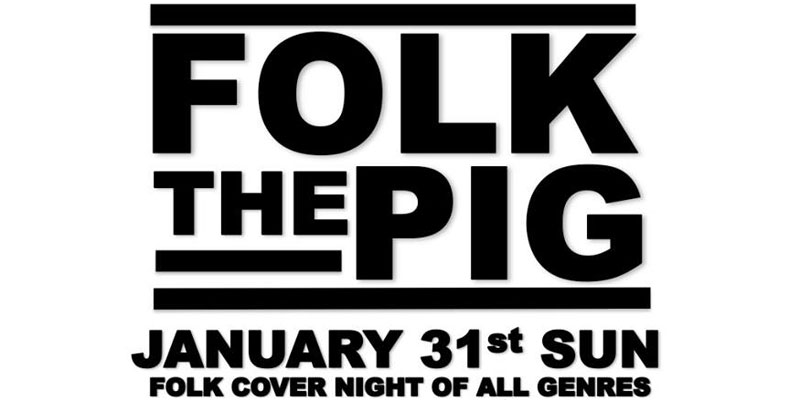 The annual folk festival “Folk The Police” was originally scheduled for January 31 of this year but was canceled back in December by its founder, Matthew Altruda. In early January, Altruda announced a new festival, “Folk the Pig,” as a replacement. We caught up with Altruda (of 107.1 FM’s Tree Town Sound) to talk about the the change in tone.

Music in a changing world

Originally started with the intention of merging folk and hip-hop (the title inspired by a famous N.W.A. song title,) Altruda made an executive decision after debates were waged over social media, about the potential of “Folk The Police” to be misconstrued as parody or facetious.

Altruda posted a four minute video for followers of Tree Town Sound and “Folk The Police” to  elucidate why it was a sensible decision to cancel it, but also to say thanks both to the artists who’d performed in the past and audience members who attended and supported the festival. “My vision with everything,” said Altruda, “is to unify the scene, not divide it. (Folk The Police) in 2015 is different from when it started in 2010.”

The intent, Altruda told Current, was never to objectify hip-hop culture or make a mockery of it; and to find out there was that perception online was considerably difficult, emotionally, for Altruda to take; “Because I have friends of all different colors that grew up in terrible places and came up in terrible times and they’ve written music to express themselves because of their pain.”

Altruda said that the storytelling aspects of hip-hop and folk music are what resonated with him. “All music is storytelling. I see the great beauty in music being the messenger,” said Altruda. “With truest intentions, ‘Folk The Police’ was meant to help carry the music but as I reflect on it now, it just wasn’t done right.”

“I’ve been through a lot,” Altruda said, “and I’ve learned to look at the world through other people’s eyes.” You could say, also, that he’s hearing the world, and really, all of the music he encounters, through different ears. “As we evolve as people in our own personal lives, we learn life’s lessons and we strive to be better people.” said Altruda. “Throughout the years your interpretation of those songs evolves with you.”

Staying active with Tree Town Sound and Folk the Pig

Altruda is always eager to talk music, evidenced by his impassioned work through Tree Town Sound and with the various events (like emcee-ing the Benefit for the Breakfast at St. Andrew’s this month). He may not be a musical performer, per se, but he still utilizes his unique role in the local music scene to support various causes and to  encourage others to get involved. But that can be taxing on anyone, as happened to Altruda, he admits, having spread himself dangerously thin.

Altruda turned to music as he worked to get involved in the community. One particular positive moment came when he celebrated the five-year anniversary of Tree Town Sound with live in-studio performances from Misty Lyn Bergeron and Matt Jones. “I can go to work in the morning, put on a local album and give myself hope again. The songs and the hope they can give fuels me and makes me understand that I’m not the only one who’s been through this,” said Altruda. “And this is making me stronger, it’s making me fight. It’s helped me realize that you should celebrate the things you love, every day.”

Now, with the relaunching of the festival to incorporate all kinds of music under its canopy, Altruda is moving full-steam ahead.