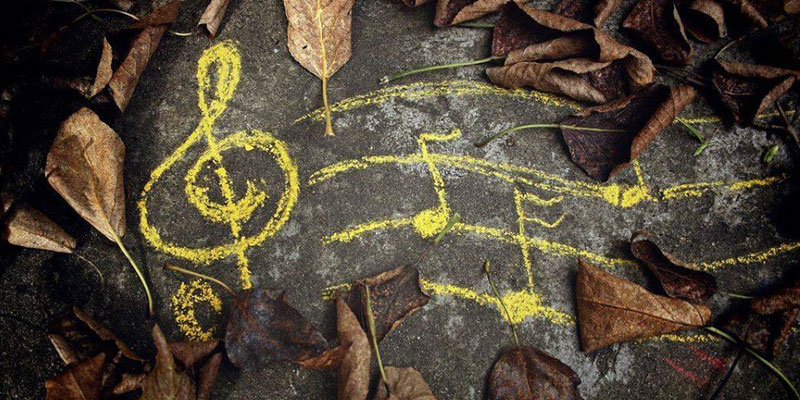 I personally feel that festivals would probably be pretty stressful to organize. But not Chris Anderson.

“I really like the challenge…” says Anderson, who has coordinated several city-spanning local music events like the annual YpsiArboroo festival. It’s a thrill for him to not only find new venues, particularly ones you might not suspect to step up for hosting full rock groups, but also to discover new music acts in the scene.

Much of his enthusiasm for promoting live music and spreading it around the scene comes from having cut his teeth through the open mic circuit. It keeps him busy, for sure; Anderson is also the lead songwriter and main contributor to this scene’s multifaceted Vagrant Symphony, a collective of talented musicians inclined towards a more psychedelic folk and a gypsy-twisted indie-pop.

This week, Anderson has curated a lineup of local groups to perform a weekend’s worth of music called FestiFall, Saturday through Monday, at venues like Cultivate Coffee, Crossroads, and Good Vibes Glass. FestiFall will feature performances by Vision Explored, Mercury Salad Sandwich, Mike Gentry, Joanna & The Jaywalkers, The Vagrant Symphony and many more. The full lineup is here: https://www.facebook.com/events/533946316757168/

This is an opportune time to not only celebrate the imaginative talents and vast variety of genres percolating amid the local music scene but also to enjoy the peak of autumn, with the vivid colors coming into full vibrancy and the temperatures still lingering near a bearable level of coolness. Or, maybe it’s the middle of your semester and you just want a good, cheery way to really blow off some steam? Either way, FestiFall is here.

Anderson, meanwhile, is consistently cheered by the new crop of talent coming into the scene, like Antonia Jones, Martin McNeil, Joanna & The Jaywalkers and Cig Butts. There’s also the awesome psych-rock pairing of Gillie & the Freemen and March of the Ants.

What it comes down to, Anderson said, is the endearing “DIY attitude” of the Ypsilanti scene; that against whatever odds or in defiance of various circumstances, a group of music lovers can always convene, celebrate, and sing together. “I’ve even played under bridges for YPSI fests,” Anderson recalls. “Aesthetic properties are key in the unassuming venues. Frog Island, the Virgin Mary Statue, and Good Vibes will all be emphasizing the fall colors. I like, in general, having an open mind of the logistics of a place when it comes to being a potential venue.”

Anderson also runs his own local music collective & label called Intellect Records and lately it’s really “…been rocking.” Meanwhile, he’s currently experimenting with his former bassist and guitarist paring from Vagrant Symphony to form a new group that would be based around the mandolin, bass, and ukulele.

So you’ll get a range of sounds, from post-rock, to quirk-pop, minimalist jazz-inflected psychedelia to pure folk balladry. You’ll also get a chance to not only get a fine sampling of the local music scene but also a cool culminating-kind of occasion to take in fall’s fantastic energies before it’s all frozen over into an impenetrable layer of ice… Or, maybe we’re exaggerating. Here’s to Autumn…here’s to Ypsi’s music scene. Here’s to you, Chris Anderson… until the next festival…

FestiFall is a free weekend long music festival hosted Saturday – Monday at Good Vibes Glass, The Virgin Mary Statue, Crossroads Bar and Frog Island Park, with musical performances starting in the afternoon and going on into the evening.