Rockin’ For the Sake of Rockin’ 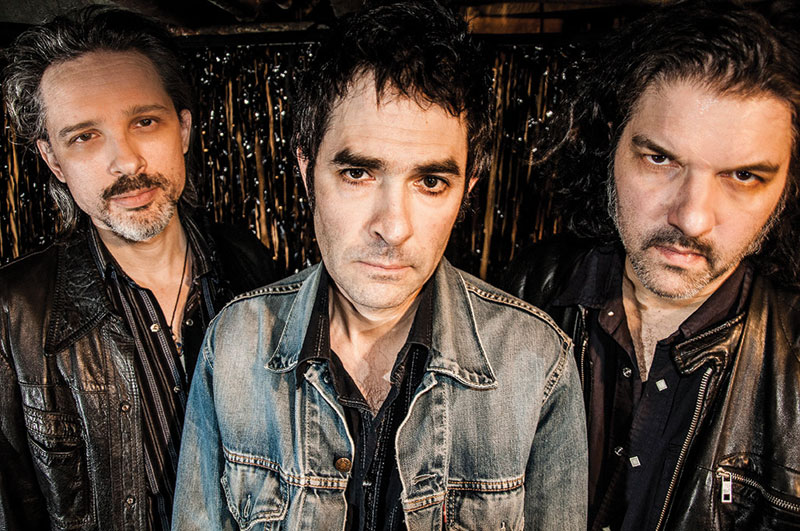 But “tighter, more focused, more crisp and defined” happen to be the words of Jon Spencer himself, on the line with Current from New York, when discussing the group’s latest release, their 12th full-length in 25 years, Freedom Tower.

For a group heretofore known for their glorious grimy sound and buzzsaw energy, as well as muscularly gospelizing the purity of seminal blues and howl-it-out-loud rock n’ roll, it’s notable when a couple other words Spencer uses to describe Freedom Tower include “dance party.”

“We’re trying to make our kind of record or, rather, our own kind of dance party,” said Spencer. “And, that idea definitely informed the choice of recording studio and the way we wrote the songs.”

Spencer, guitar grasped tightly, ignites the mic with characteristically fervent vocalizations while Judah Bauer shreds and scintillates some heavy blues leads on the guitar, and Russell Simins puts on a rhythmic clinic that blends primal rock stomp into a composite of stylish hip hop shuffle and funky shakeability.

“Ultimately, we’re making records for ourselves,” Spencer said of their unique interpretation of amped up dance-rock. “The Blues Explosion always have, and you’d only have to listen to the records to get that. Freedom Tower is tighter compared to Meat & Bone (2013), which was pretty raw and blown out.”

The Blues Explosion isn’t thinking about airplay when they start a new record. There’s no agenda to craft a sellable single. “Sure, it’s nice to have people like what we do,” Spencer admits, “but I think the band has definitely, or at least I have definitely, been interested in getting way out there… and in different ways.”

“I’ve always been interested in losing myself in a performance, in the music, in the moment,” Spencer said. “That has an historical precedent as well; look at the early rockabilly singers who talked about getting crazy or wild. It’s like science-fiction, the way people talk about rock n’ roll as if it were something that came down from Mars. That’s a very beautiful concept and I think very true. Rock n’ roll is something bizarre and alien, in a way.”

Freedom Tower, be one of the most personal and creatively fulfilling records that JSBX has produced, the album is a collage of lyrical odes (some laments and some celebrations) of various cultural facets vital to the enrichment of their New York based scene.

“For me, the big impression comes from back in the late 70s and early 80s when it (NYC) was in desperate times and it was a dangerous place, but, at the same time, it was a place where there was a lot of fantastic things happening. The reason I moved here was to be apart of that scene. If you wanted to be around like-minded people, you moved to the city and New York was the biggest and the best. Blues Explosion is very much a product of New York.”

Spencer recorded Freedom Tower (available via Mom+Pop Music) at the legendary Daptone House Of Soul in Bushwick (Brooklyn) and mixed with hip-hop cult legend Alap Momin in Harlem. With this record and their signature style of rock, Spencer sees the Blues Explosion as “part of the tradition that is still rebellious, a bit anti- or contrary. That’s why we’re not driving around in Cadillacs with millions of dollars, ‘cuz we’re still playing true rock n’ roll. We are still the rebels that we’ve always been; I’m talking about the Blues Explosion!”