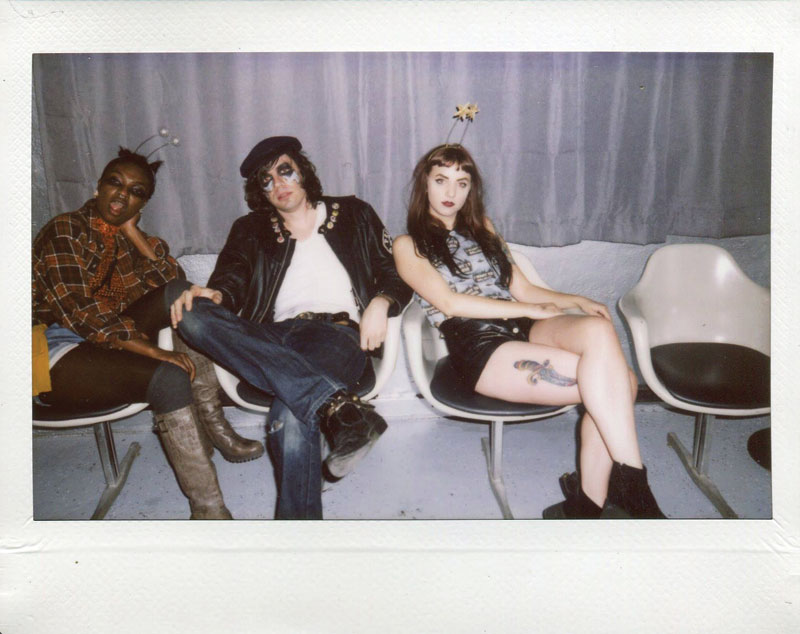 When throwback-pop specialists Blaire Alise & The Bombshells and their fellow Detroiters the spectacular spasmodic garage rattlers the Pretty Ghouls decided to throw a party in Ann Arbor for their respective new albums, they knew they had to invite a pair of distinct and dynamic groups to elevate the evening. We were excited to see they chose the cool horrorshow-pop trio Prude Boys and Ann Arbor’s own blues-wrung psyche-rock outfit Buffalo Coven Party to complete the lineup at the Blind Pig on August 15. We checked in with all four bands to discuss their latest works and the importance of bridging the music scenes of Ann Arbor and Detroit.

Current: What’s new? What are you working on? How are things coming along?

Blaire Alise (of The Bombshells): Another Day is a new four song 45”, and I just signed a deal with a music publisher in Nashville called Carlin, who represents catalogs of James Brown, AC/DC, and my favorite singer, Little Willie John! I’m honored to be part of such an impressive catalog. I’m going to be recording new songs for them very soon.

Matthew Snyder (of Buffalo Coven Party): Well, Jeff, this year has seen a lot of changes, Aurora Adams left our band to have a baby. And guitarists Jad Dino Raad left the band to move to Ferndale for work. But we are soldiering ahead, currently with a new vocalist, Ariana Hedrick, and just keeping the music to a three piece (with Dan Gosnell). We’re working on new tunes that go back to the BCP roots, having departed our bluesy-psych style for more of a garage-y surf-y psych feel. We plan to have new songs ready by the end of the month but, we are musicians…so, we’ll see how those best laid plans work out.

Ghouls…Blaire…tell us about your new stuff.

Mz. Mockery (Pretty Ghouls): To me, this 45 represents our growth. These songs time-stamp our progress as a band. I never really came into this expecting anything beyond loud crazy fun and I guess it’s still loud crazy fun, but we keep growing.

Li’l Queenie (Ghouls): “Outlaw Blues” (a Bob Dylan cover) is my favorite. It’s one of the first we practiced, with just TJ and I and the mic hanging from the ceiling because we had no stands yet. Our version is insanity. I love it. 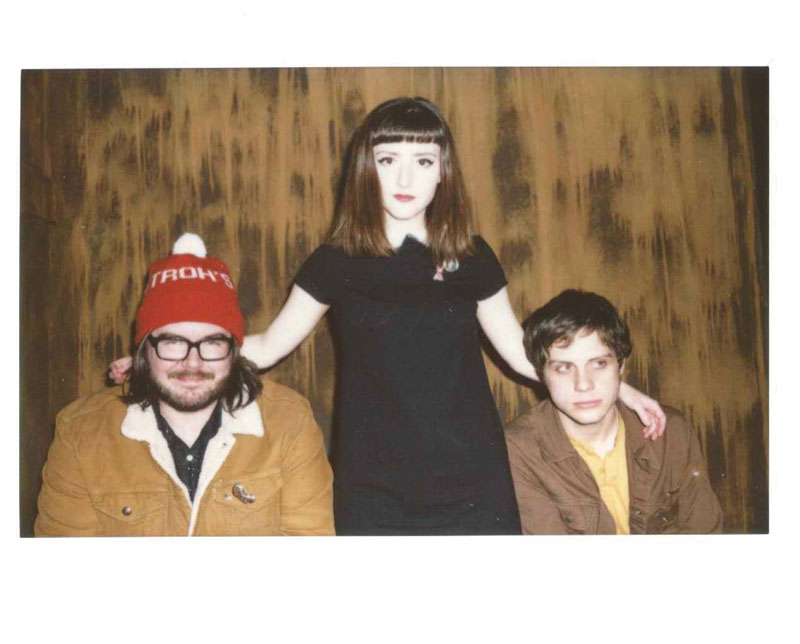 Blaire Alise: I recorded with Jim Diamond at good ol’ Ghetto Recorders, which is great because we're always on the same wave length and can communicate through telepathy.  This time, I played all of the instruments except for drums (the Bombshells were busy that day). The songs definitely have a different vibe than my first album. As I've been writing more and more, I've been coming into my own as a songwriter and I feel like I'm getting in touch with my own sound.

Prude Boys, you’ve been releasing special cassettes as a series. Tell us about that and the experience of finding inventive new ways to release music.

Quennton Thornbury: I mean, really, these days, the prospect of being a big name seems out of reach and, also, undesirable, ya know? And lots of bands get that these days, so it’s less D.I.Y. and more D.I.T(ogether). The cassettes were just the cheapest way we could put out music, physically, and you just really have to have stuff out there. It's funny how small of a scene independent music is because we all have to support each other. We’re definitely looking at working with a local label to put out the tracks we recorded recently. We just finished four songs with our friend and musical engineer Ben Collins.

This show really bridges the scenes together, talk about how that adds to the celebration.

Dan Gosnell (BCP): We played our first show with Prude Boys, actually, and I feel like they just keep getting better and better. Pretty Ghouls really leave it all on the stage. Blaire Alise is just so solid. This is going to be killer.

Blaire Alise: Ann Arbor and Detroit can almost feel like two different states sometimes. We wanted to make sure everyone, Ann Arbor, Detroit, Hamtramck, were included in all the record release fun! On the surface, we (Pretty Ghouls / Bombshells) seem like such different bands, too. But we come from the same source of inspirations, we just do different things with it. It oddly works!

Dual Release Show for The Pretty Ghouls and Blaire Alise & The Bombshells
​9:30pm on Saturday, August 15 at The Blind Pig. Ft. Buffalo Coven Party and The Prude Boys. $7 ($10/under 21)
Visit blindpigmusic.com/calendar