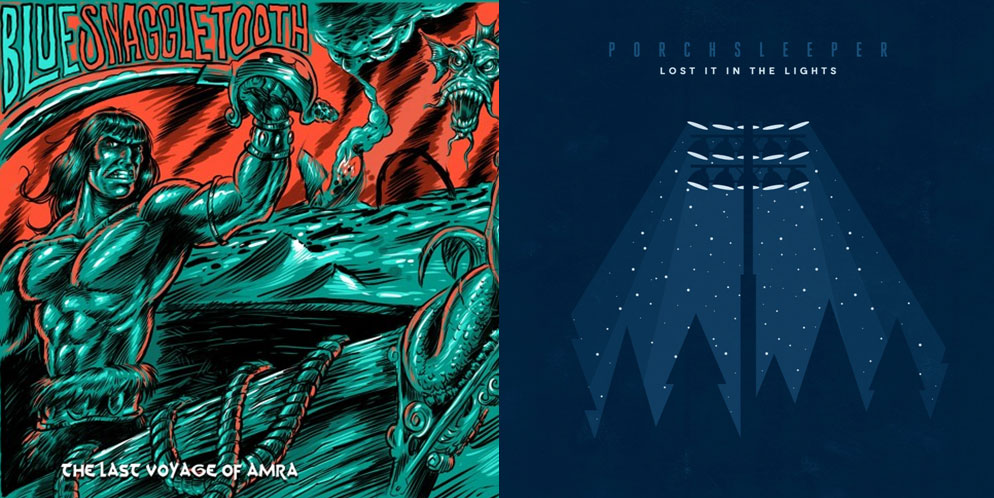 Next Friday: The Sword & Blue Snaggletooth

What better method is for assured re-boosting of mental acumen and cerebral sagacity than head-banging? Blue Snaggletooth are Ann Arbor’s metal ambassadors, sensible (and imaginative) shredders seated at an epic (yet invisible) round table with dozens of other bands across the country pushing forward a conversation on what metal could be in the 21st century. “Metal” conjures longhair, loud screams, blown ear drums, and enthusiastic acquiescence to the whims of Satan by-way-of demonic-sounding motor-mouthed lyrics over pummeling beats. Blue Snaggletooth, with lyrics that defiantly embody their own endearingly crafted mythology and a universe of gothic-sci/fi intrigue, blend the ooh-ah factor of prog, the googly-eyed effects of spacey-psych and, yes, the pummeling throwdowns of metal, into a music that is, after it’s all said and done, just an interesting evolution of rock ‘n’ roll; not any less pure, just re-molded.

You know, Austin’s The Sword have been working that same ret/con of rock for more than a decade now. With songs like “Hammer of Heaven” and “How Heavy This Axe,” you can anticipate a sufficiently brutal throttling with a bit of a classy Sabbath-esque stitch of bluesy psych-rock. Their latest batch of material (from last summer’s The High Country) blends in subtle yet intriguing hints of funk and southern rock. Again, changing the metal conversation!

Blue Snaggletooth, meanwhile, is putting out a special cassette release on the day of their show with The Sword. Take a listen: soundcloud.com/bluesnaggletooth/sets/the-last-voyage-of-amra

Local singer/songwriter Chris Dupont is capping off what’s probably been his best year yet by opening up for Americana icon Peter Mulvey at the Ark this Friday night. Dupont put out a modestly breathtaking album of odes, rustic rockers, and indie-folk musings a month ago (and we printed a feature interview with him HERE). Dupont’s got a cinematic sense for baroque-pop songwriting. His music and his voice would be what you hear in your head, towards the end of your movie’s second act, right before your character, heartbroken or world-weary, starts to turn thing around and can see the faint orange glow of a rising sun over the horizon! When Dupont opens for Mulvey, he’ll be joined by singer Betsy King and violinist Katie Van Dusen.

Porchsleeper is an Ann Arbor outfit making pop that has some frayed edges, golden melodies with a bit of rust, a fineness in harmony and backbeat, with a bit of ragged fuzz and some bracing twangs. Having started up during those weird days of a young Myspace and an old Angel Fire, they’ve sustained their writing, recording and releasing of music through some substantial shifts in the music industry, from iTunes to Spotify, from the resurgence of vinyl to the complacent resign to quick-and-dirty streaming.

Porchsleeper won’t take this lying down. They’re getting proactive and progressively minded about the release of their music in a post-Internet age and they’d like you to have a listen.