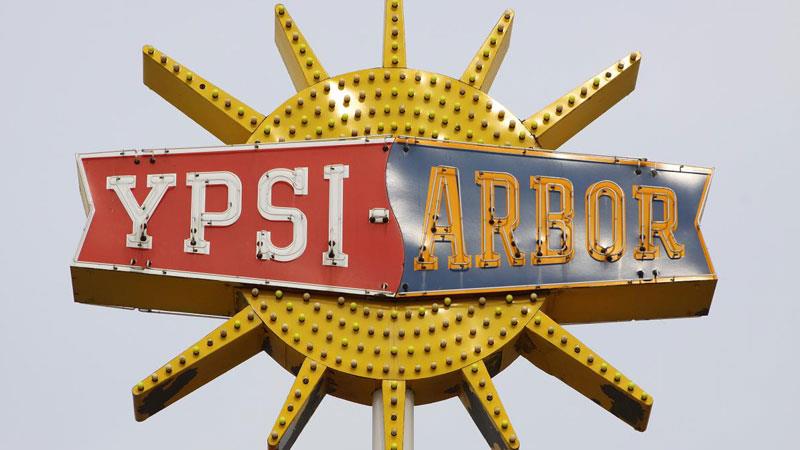 Each year, local singer/songwriter Chris Anderson curates a multi-day / multi-venue showcase of regional musical artists for a local festival that give music lovers who can’t afford the ticket (or the travel) to the massive-scale-extravagance of out-of-state shindigs like Bonnaroo a chance to have a memorable live music experience…., right here, in town…

…In TOWNS, I should say. Anderson not only wanted to create his own local music festival, but he wanted to bridge the two neighboring scenes: Ann Arbor & Ypsilanti. That bridge would not only be represented by a mix of artists who reside in both cities, but be demonstrated by the schedule: multiple days, multiple venues, split pretty evenly between clubs, houses, and outdoor spots in both Ypsilanti AND Ann Arbor. YPSIARBOROO goes into high-gear next weekend, but there’s a pre-party this Saturday, at West Cross Station.

“YpsiArboroo has a true cult following,” said Anderson. “I definitely get invited to a lot of shows throughout the year, so I keep tabs on the new acts in town; I’m often taken aback by the folks I don’t know that hit me up. I’ve always enjoyed the massive numbers of acts coming up into the Ypsi scene. It’s really interesting, and kinda sparks me into how I can then provide more interesting places and environments for them to play…”

YpsiArboroo’s eighth incarnation will span four days, (2 days in each city), June 6–June 9, with eight venues, including Bona Sera in Ypsi, Lo-Fi Bar in Ann Arbor, and more. Anderson has a day job at Bona Sera, so they were naturally the first on his list. “I’ve tended to get a lot of interest from ‘heavies,'” said Anderson, or, “loud psych-bands, so I cherish (arranging) the night venues that can hang with that volume.” There are also daytime performances in Beth Doyle Park and the Veterans’ Skate Park. Here’s the full lineup, with the interview continuing after that jump…….

“Lo-Fi was definitely the second in command on the booking front this year,” said Anderson. “(Bar Manager) Andy Garris used to come through my line at Busch’s all the time and told me of the initial plans for this venue (opened in January). I think ‘the Roo’ was one of the first things booked, on paper, for that joint. Lo-Fi is a true beaut!”

But Anderson also likes taking ‘the Roo’ outside. “I really like the idea of the environment setting. I definitely have it established in the Ypsi scene with the gazebo in Riverside & the Amphitheater in Frog Island, but still tinkering with Ann Arbor.”

And since this is a post-Fyre Fest world, where even Woodstock’s 50th Anniversary is in trouble, we had to ask Anderson for his take…. “…it can be easy to get caught up in the next level-ness of festivals, and what you can offer audiences. I’ve always been content thinking of it as a big party. Things could go wrong, plans could not go through, but you’ve got to ride it out….”

Anderson heads his own label (Intellect Records) and leads his own psych-rock band, The Vagrant Symphony, which marks its 15th year in 2019. Beyond nailing down a ‘Roo’-spot at the Blind Pig for 2020, and hoping his 4-year-old daughter will be up for joining a family band, he’s mostly looking toward the near future of a partnership with Grove Studios in Ypsilanti. “I’ve tended to go rogue with this Fest, and realized I need to connect with the community.”

Grove is a creative pollinator colony for the metaphorical bees & monarchs of our music scene – a multi-purpose arts-support center, and a hub for resources that span rehearsal-space, recording-space, podcast production, and beyond. Grove co-founder Rick Coughlin offered Grove as a venue along the Roo stop this year, as well as providing stage support.

Said Anderson of Grove: “…The aesthetics are really nice there. It’s an interesting billing there in that we’ve got a killer 4 act female fronted segment with Annie Bacon, Sweet Demon, Joanna & the Jaywalkers, and Kristianna & the DayNites. Kristianna & her crew along with Lonnie Stump rep the Grove Studios acts that rent space within. They are hosting the main stage for the pre-party at W. Cross Station on the 1st & Rick did a really great job on the event fliers.  Those are all his work.  Thanks Rick! Shout out to you homie!”

Kickoff your summer with YpsiArboroo, on Saturday, June 1st, with the pre-party, and get ready for the four-day foray on Thursday, June 6. Click here for more info.