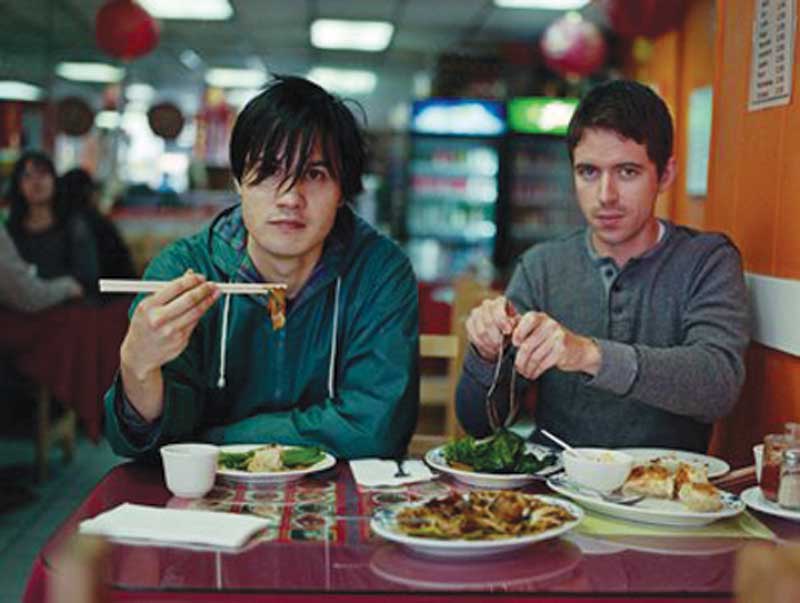 The furious folk duo, The Dodos, celebrate 10 years together as a band this month, and it might be the best time to catch them live. According to singer/guitarist Meric Long, he and his drummer Logan Kroeber have never felt better, more confident, or, in a word, resilient.

“Just, continuing to get better is a really big incentive,” said Long from his home in Berkeley, CA. At one point, he admits, with a self-deprecating chuckle, that despite feeling like veterans, he and Kroeber are having more fun on the road (stopping at the Blind Pig on Thursday, March 5) and in the studio (having recently released their sixth full length, Individ) than ever.

“We had this weird, new-found confidence after recording (2013’s) Carrier,” Long said. “By the time we finished that record, we were so excited and comfortable with all of the changes we’d been getting accustomed to (new equipment, new studio, new label), it felt like (by the end of Carrier) we were just getting started.”

The duo have been joined, on and off, by a handful of supporting musicians, including, at one time, an orchestra. But for the majority of their ten year run it has been Long on the guitar with an aggressive finger-picking style sewing staccato riffs while Kroeber hits and kicks his kit with varying intensities, intricate patterns, and whisk-away fills. Together they fold genres of alternative-folk and afro-pop into an invigorated indie-rock sound.

“There were a lot of guitar tones we were going after (on Individ), whereas it was really a lot about riffs and drum parts in the past; these certain tones we’d discovered during Carrier that we wanted to embellish upon. Finding new time signatures and how to move within them.”

Lyrically, Long said, Individ’s words, melodies, and choruses came from “whatever felt right for the song’s tone.”  Because these songs were written specifically as (and for) a two piece, Long said, they “wanted to make the record energetic.”

After 10 years, Long said he’s learned “not to overthink it” when it comes to lyrics, opting to zero in on a certain theme or idea and stick to it.

How has your collaboration, style and sound has evolved over their time together? Long says, “I honestly have no idea… We’re so far down the hole that it’s too late to tell. The more we chip away at this, it starts to feel like a huge cavern that we’ve been hollowing our way into together. It may not be visible to someone on the outside, but to us, it just opens up more and more.”

This burrowing theme applies to the tightening of their dynamic interplay on stage and in the studio, writing, recording and improvising. “And so, the tighter you become as a band the further you can see into the cave.” And this “space,” this breathing room, gives them confidence.

A forthcoming tour looms, with plans to record a new album later this year.