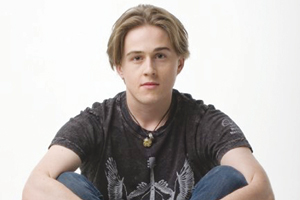 The headliners instantly capture our attention; it’s just how it is and how it’s meant to be (and why wouldn’t Ryan Adams and Emmylou get you excited?), but if I’ve learned one thing about the Ann Arbor Folk Festival, it’s this: a handful of bottom-of-the-ticket bands are going to blow you away. And, even better, the majority of those bands that made the most of their 20-minute time slot will be back in town at the Ark during the spring to play a full set. This year is no different and these are the four returning acts you’d be crazy not to see.

With a nomadic breath of Eastern European flair, these gypsy-jazz folksters have spent the last three years, well, being gypsy musicians and traveling North America in search of the perfect line-up. And they’re definitely a like-minded crew, bringing a unique collective vision that can be ominously fun or delightfully creepy, with an unmatched  love for energy-based, almost theatrical stage performances. Sometimes self-descriptions are best. Here’s theirs: “Gypsy swinging serenading fire-breathing circus freaks.”

They radiate plenty of the indefinable force we call stage presence, matched with a poppy delivery and Mexican-folk instruments; long story short: this band is one of the straight-up coolest progressive bands out there. They’ve recently played at another little folk festival you may have heard of — Newport — and, from what I hear, they won over the crowd. Not surprising; I don’t know of anyone else that can title a song “Born With A Broken Heart”  and make it so damn fun.

These guys are musical sponges, soaking up all the sounds of the past and present, without coming close to emulating anything; delicately making their own wayward path by weaving through styles and techniques that span hundreds of years. Lately they’ve been categorized as Transcendental Folk, which makes sense; even though the Colorado band is firmly rooted in old-timey folk and bluegrass styles, there’s always rays of innovative brilliance breaking on through.

It’s hard to believe a 22 year old wrote those lyrics; the love songs are crafty, evocative gems and the sociopolitical tunes strip society to its core: the world might get ugly, but as an individual you want to look in the direction of, as his newest album is titled, “The Next Right Thing.” His ambient folk-pop musicianship matched with a melancholy tenor has earned some pretty prestigious recognition, even being nominated for a Grammy for Best Engineered Album, Non-Classical.