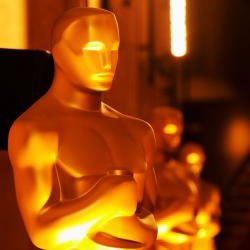 Who would have thought Lincoln would lead the pack in this year's Oscar nominations: oh yeah, everyone. But as Seth MacFarlane and Emma Stone announced the race this morning, there were some surprises, like the super-hyped rom com Silver Linings Playbook — starring Bradley Cooper and Jennifer Lawrence — grabbing eight nominations. And deservingly Beasts of the Southern Wild — following a resilient 12-year-old girl in post-Katrina carnage — made the Best Picture, Best Director, Best Actress and Best Adapted Screenplay pools.

The NFL's coming to a close and this weekend, when you're arguing with your friends or talking trash to a stranger in the bar, let the guy's at Grantland — Bill Simmons' think-piece sport's website — prep you with facts and analysis. Below is their AFC Saturday selection and keep your eyes peeled for their NFC Sunday follow up.

Flu season is sweeping the nation earlier and quicker than expected, with 2,257 hospitalizations and 41 states — including Ohio — reporting widespread influenza thus far. So, wash your hands, eat right, get plenty of sleep and don't black out at the bar too much; you know, all the stuff your mom taught ya.