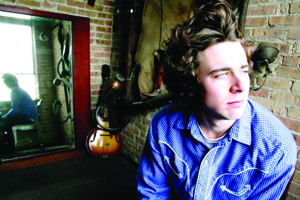 After opening for the late Americana legend Levon Helm at the Michigan Theater two months ago, Joe Pug has a lot of buzz circulating in Ann Arbor (and, basically, everywhere else). And he should; for the last half decade the 20-something Chicago-based country/folk songsmith has been on the grind, touring non-stop and even sneaking into recording studios' cancelled slots in the early years. He brings a stinging breeze of desperation into a world that desperate men used to dominate, bridging the gap between the past and future of the American storyteller. $13 advance, $15 door. 9pm. 208 S. 1st St. 734-996-8555. www.blindpigmusic.com