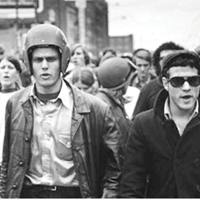 Sometimes it's painted as the decade of debauchery  — sex, drugs and rock n roll. The truth is, it was a time of so much more substance. It was the generation that questioned authority, an unfair system, racism, sexism and took those beliefs to the street. The documentary Berkeley in the Sixties — which screens at the Ann Arbor District Library on Thursday, October 25 — follows some of the students at the helm of the youth-driven protests. This Oscar-nominated film has interviews and clips of anyone from beatnik hipsters like Allen Ginsburg to Ronald Reagan, the embodiment of the machine they were raging against.