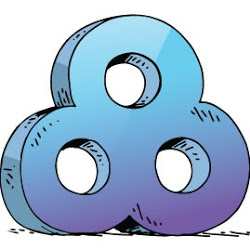 For me, it's about the numbers. If I can hit my bands-I-want-to-see quota, then the music festival's ticket price is worth it. If not, I probably won't go  — or I'll just have to rationalize with myself until I break. Today, at 1pm, when Weird Al Yankovic announced the 2013 Bonnaroo lineup live on YouTube, there was no need to try to convince myself into making a questionable purchase — the $250 price tag is definitely worth it. At least it is for me. I break my music-festival mathematics down like this: There has to be at least four headliners that I want to see — which I attribute each to covering $50 of the ticket, adding up to $200 of what I'm about to pay. Then there have to be 7-10 mid-level acts — who would individually warrant about $20-$30 per show. The money I drop into traveling, food and beer, I figure is made up for with the unexpected bands that blow me away and the festival experience itself. That more than covers it, I think. It doesn't really matter, though; this line-up is by far the Alpha of the summer fest schedule and is completely worth the eight hour drive from Toledo to Manchester, Tennessee. Here are the Bonnaroo 2013 performers that have my debit card ready:

Paul McCartney: The former Beatle and man that has probably thrown away more poignant pop love songs than most famous musicians have written tops the bill. Make no mistake: Despite his age, his voice and energy is still intact. And a decent seat at one of his solo shows is close to the price of a  Bonnaroo ticket.

Wilco: One of the most celebrated alt-country indie bands, Jeff Tweedy and the gang are a mixed bag of tricks that will weave through their winding and sharp musical archives.

Tom Petty & the Heartbreakers: Petty is just a good time to see live. He'll play the classics, switch up the arrangements and you'll find yourself singing along.

Wu-Tang Clan: Longevity is not something often seen with rap groups, but these NYC hip-hop heroes keep trucking on with most of the original members still spitting their trademark stream-of-consciousness rhymes.

On the fence about, but still excited for: Pretty Lights, Bjork and Mumford and Sons

David Byrne & St. Vincent: The former Talking Heads frontman and cult goddess make super strange pop-infused ambient psychedelia — they're truly a perfect match for one another, which is probably why they have extended a side project into over a year of playing shows together.

Grizzly Bear: This Brooklyn powerhouse has recently picked up the pace, bringing distortion pedals and rock sensibilities to their lovable chill, mid-tempo style.

Divine Fits: It's true: a supergroup is usually not greater — or even equal to — the sum of its parts, but Britt Daniel (Spoon) and Dan Boeckner (Wolf Parade) shattered those low expectations with their debut album.

ZZ Top: These three Texas blues-rock kings bring a little lightning and thunder to a line-up that is obviously indie heavy.

Kendrick Lamar: Hands down, this Dr. Dre protege is the best young rapper in the game, with the Compton street cred, but the vulnerability and candidness to realize the consequences of a reckless lifestyle.

Jim James: The My Morning Jacket frontman's spacey and spiritual recently released debut solo album is an excellent example of how old Yim Yames can seemingly do no wrong.

Japandroids: If you like to be force fed gritty rock n' roll, don't miss this Canadian duo, especially without a Jack White or Black Keys appearance.

Giving Toledo a shout out: 15-minutes into telethon, Al did a started a countdown, which he claimed was going to shut down the Internet. "I can feel the Internet giving out in Toledo," he said, which might not be the most charming shout out, but it's a shout out nonetheless.

Making fun of Sarah Maclaghlan: He did a satirical commercial with Portugal The Man about how the crocodiles in the New York City Sewers need to be saved.

Talking to a donkey piñata sporadically, throughout the entire telethon: Weird Al just being Weird Al

Performing "Canadian Idiot" with Portugal The Man: "I don't want to be a Canadian idiot. They treat curling like it's a real sport."