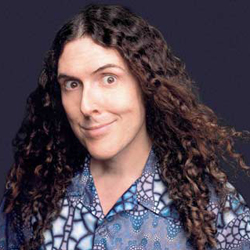 It's not a big secret that, for years, factory farms have been attempting to monopolize the food production market, with the goal of pushing family farms out of business — or, at the very least, making them think twice about expanding and competing. It's too cutthroat. The supply and demand is out of whack. And factory farms cut corners — keeping animals in cages, pumping them up with steroids and other hormones — that an honest farmer would never imagine, because of a sense of loyalty to the consumer. But, here, NPR puts an interesting spin on the story, analyzing the business plan of the average family farm and how they can survive the future by being more savvy.

Who doesn't like music memorabilia? But, now, with the Internet, we are fully aware of how obsessive and strange people can get. The music blog Stereogum created a new feature on odd crafts dedicated to musicians on the web. The latest is, fittingly, the 10 weirdest creations revolving around Prince.

This is the time of year us music junkies speculate on and spend way too much time thinking about who is going to perform at the major music festivals. Today Bonnaroo leaked, via a pretty creepy video, that Weird Al will be announcing the line-up in a YouTube video.