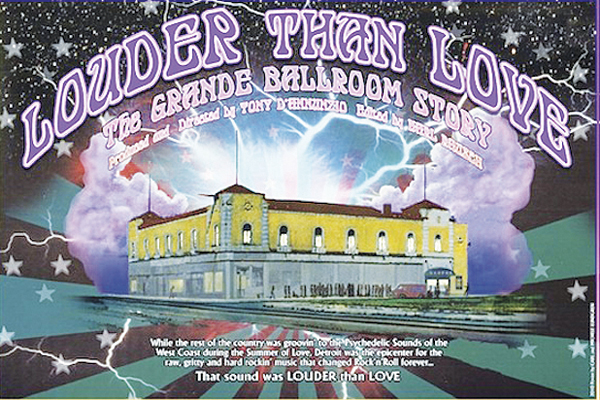 A lot of people talk about the San Francisco music of the late 1960s, but us native Midwesterners know something was brewing much closer to home; a scene that ended up influencing the direction of rock n roll, punk and metal. Louder Than Love — which screens at the Michigan Theater on Monday, April 9 — documents the rise of the Grande Ballroom in Detroit, along with the parallel careers of Iggy & The Stooges, Alice Cooper and, of course, the MC5. The old 1930s dance hall competed with any east or west coast club in the 1960s, only to fall into disrepair as the scene did the same. $10. 7pm. Michigan Theater, 603 E. Liberty St. 734-688-8463. www.michigantheater.org