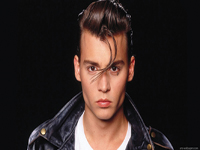 A parody of 50’s teen musicals. A cast that includes Johnny Depp, Iggy Pop, Ricki Lake and Patty Hearst. Two orphans with absurd backstories. Yep, only John Waters, in his infinite weirdo genius, could have pulled off Cry-Baby, screening on  August 25 as part of the State Theater’s midnight films. Set in Baltimore, the leader of a teenage gang (Depp), whose ability to shed a single tear lands him all the girls, falls for a square, who ends up having more in common with him than it might seem. It’s campy, but wonderfully so, with Waters taking his swipes and further etching himself into history as a satirical mastermind. $10. 11:59pm. State Theater, 233 S. State St. 734-761-8667. www.michtheater.org/state